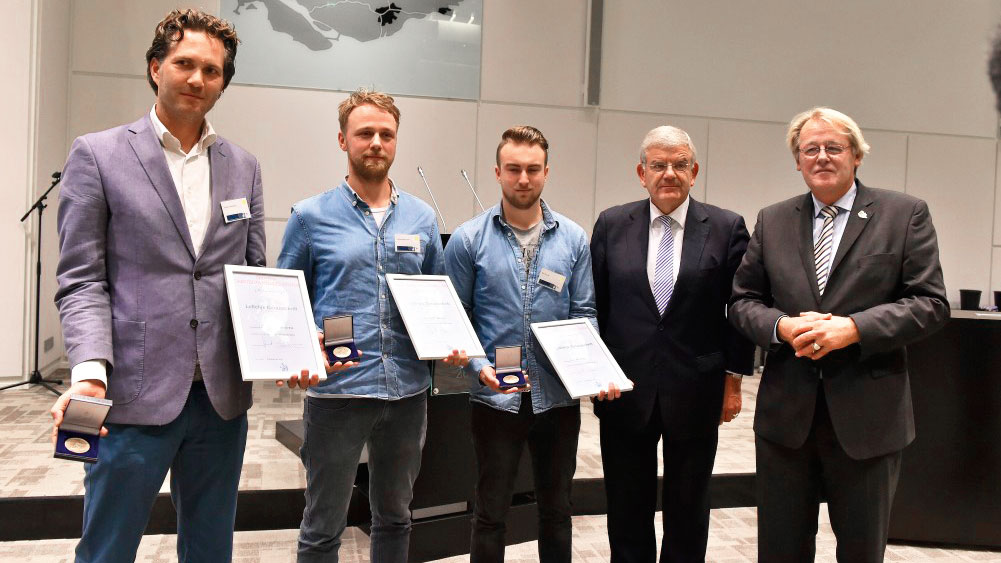 We are honoured to be a part of the family of Carnegie institutions. The relevance of the Dutch Carnegie Hero Fund has not diminished. Today, polarization throughout the world, as well as in the Netherlands, is growing. Humanity needs humanity. Heroes show the impact of being human toward one another.

The Dutch Carnegie Hero Fund is just a small member of the family, yet proud of being the offspring of that family. Its role in this part of the world has grown. In a manner of speaking, it has become a senior adult now, well aware of its purpose and yet searching for the best way in which to be part of creating a better world. Just as you tried to do, we aspire to leave a better world behind.

Today, polarization throughout the world, as well as in the Netherlands, is growing. Humanity needs humanity. Heroes show the impact of being human toward one another.

In 2015, the first National Hero Day took place in our country. We started this initiative to try to get a message across to Dutch society: Look at the heroes amongst us and see how they have acted as co-owners of society.

In the Netherlands, heroes are rewarded on a local level. Most of the time the mayor gives the medal in front of the local community. The aim of the National Hero Day is underlining the importance of people who act when it is needed.

Our purpose is to let this event grow as a relevant annual moment, with media coverage through which the significance is broadly recognized. We believe our society needs it, and we feel indebted to you for our being placed in The Hague, the city of peace and justice, the city with the Peace Palace, International Court of Justice, and various pillars of your “Temple of Peace.”

We don’t want to do it alone. After starting as a platform with other awarding organizations, the National Hero Day is becoming more and more a real national phenomenon. All organizations (royal medals, Royal Society for the Rescue of Drowning People, police, fire brigade, military) share the same objectives — giving thanks to heroes and letting others know.

One man can make a difference. You did, many years ago. Many, many people are involved in the various aspects of your legacy.