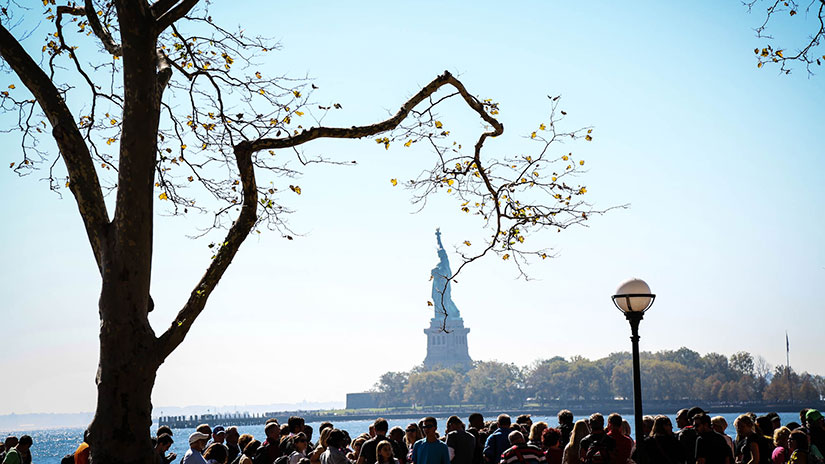 Mellody Hobson, new chair of the Starbucks board, is a big champion of financial literacy

Ariel Investments’ Mellody Hobson rose from a childhood of financial insecurity into an investing powerhouse and philanthropist.

James D. Wolfensohn, attorney, investment economist, and arts patron whose two terms as president of the World Bank Group gave it a more humane approach to ending poverty, dies at the age of 86

When the last undeveloped lagoon in Mexico that was crucial for gray whale migration was threatened with a giant salt production plant, the heiress of an oil tycoon’s fortune stepped up.

Robert F. Smith, the billionaire who promised to pay off student loans for an entire college class, said his $34 million gift was inspired by a small act of philanthropy he saw his mom make

On October 16, the billionaire accepted the Carnegie Medal of Philanthropy for his donation. In his acceptance speech, Smith explained the role his parents played in inspiring the decision.

Sir Ian Wood, one of Scotland’s wealthiest men, has been honoured for his charitable work after being named as one of nine recipients of the Carnegie Medal of Philanthropy.

The World’s Greatest Philanthropist Died Today, 100 Years Ago; What Should Modern Millionaires Learn From Andrew Carnegie

Exactly one hundred years ago today, Andrew Carnegie died in in Lenox, Massachusetts.

A local philanthropist has been recognized for his giving with an award named for steel tycoon Andrew Carnegie.

Laguna Beach resident and environmental champion Anne Earhart, who works to protect natural resources and promote global biodiversity through her Marisla Foundation, is among those being honored with a Carnegie Medal of Philanthropy.

Sunday, August 11, was the centenary of the death of the world’s greatest philanthropist, Andrew Carnegie.

In his manifesto “The Gospel of Wealth,” published at the peak of the Gilded Age, Andrew Carnegie outlined what he saw as the responsibilities of people who had made great fortunes. They should live modestly, he declared, and they should recycle wealth back into their communities—and do so during their lifetimes. It’s a message that has never worn out from overuse.

In Living Color: Andrew Carnegie and the 2017 Medalists

A portfolio of original portraits of the 2017 Carnegie Medal of Philanthropy recipients by acclaimed Barcelona-based artist Montse Bernal offers a colorful tribute to the nine remarkable men and women who embody the spirit of Andrew Carnegie. The portraits were specially commissioned for the Winter 2018 issue of the Carnegie Reporter, the Corporation’s flagship publication. And Ms. Bernal did not neglect to turn her artistry to the great man himself, Andrew Carnegie, whose enduring legacy of philanthropy we celebrate in the lives and achievements of our 2017 medalists, and who continues to inspire generations of people from every walk of life.

A Tribute to the 2017 Carnegie Medal of Philanthropy Honorees

It was a day to honor those who use their success and stature to take on some of the world’s biggest problems. More than 300 guests came to The New York Public Library’s Stephen A. Schwarzman Building on Tuesday, October 3. The reason?

Award-Winning Philanthropists Explain the Roots of Their Giving

Long before Jeffrey Skoll helped Pierre Omidyar build eBay into a company that made them both billionaires, he wanted to tell stories.

Via The New York Times

Adventurers and nature lovers now have a new area to explore: a 715-mile national park system stretching from Hornopirén, Chile, to the southern tip of South America.

American philanthropists and the Chilean government pledged to protect the land nearly a year ago. Now, it’s official.

Resting on the small kitchen table where Feeney, 86, sat was a lucite plaque. It read something like this: Congratulations to Chuck Feeney for $8 billion of philanthropic giving. That’s right $8 – billion

As patrons and major supporters of the arts in Philadelphia, Marguerite and H.F. “Gerry” Lenfest are used to giving ovations. Tuesday afternoon they received one at a tony luncheon at the New York Public Library as they and seven other recipients accepted the 2017 Carnegie Medal of Philanthropy.

Mei Hing Chak – also known as Zhai Meiqing – was feted with a Carnegie Medal of Philanthropy in New York this week for exceptional giving and creating a world of positive change.

When Jeff was just beginning his journey as philanthropist, he sought the advice of John Gardner, the visionary who served as adviser to five American Presidents and was one of the architects of Lyndon B. Johson’s “Great Society” programs.

Shelby White’s extraordinary philanthropic accomplishments extend across as wide a range as Andrew Carnegie’s own philanthropy.

China is home to the second largest percentage of the world’s billionaires, but philanthropy there remains a relatively new, emerging trend.

Meet The Winners Of The Carnegie Medal Of Philanthropy

The award honors the super wealthy who are giving away their money in interesting ways.

There is no one-size-fits-all approach to fundraising, according to 19 of the wealthiest donors who were interviewed about how their giving has evolved over time.

Via The Chronicle of Philanthropy

On the receiving end for a change, the Lenfests win the Carnegie Medal

Via The Philadelphia Inquirer

Premji, 70, who founded the Azim Premji Foundation, is among the nine philanthropists named recipients of the 2017 Carnegie Medal of Philanthropy in “recognition of their outstanding and innovative leadership in philanthropy”

After starting work in a hotel kitchen, Zhai Meiqin began selling furniture and built a billion-dollar conglomerate but she took great pride on Thursday for being recognized for driving a new phenomenon in China—philanthropy.

James Wolfensohn warns US leadership and power is in peril

A New Landscape of Giving: Power, Policy, and Philanthropy

Competing views on the role of philanthropy in today’s political landscape took center stage at Carnegie Corporation of New York on Thursday as a panel of leading experts discussed the most pressing issues facing the sector and its role in society.

Since 2001, the Carnegie Medal of Philanthropy has been awarded to those who do “real and permanent good.” Learn about the newest class of philanthropists.

Via The Chronicle of Philanthropy