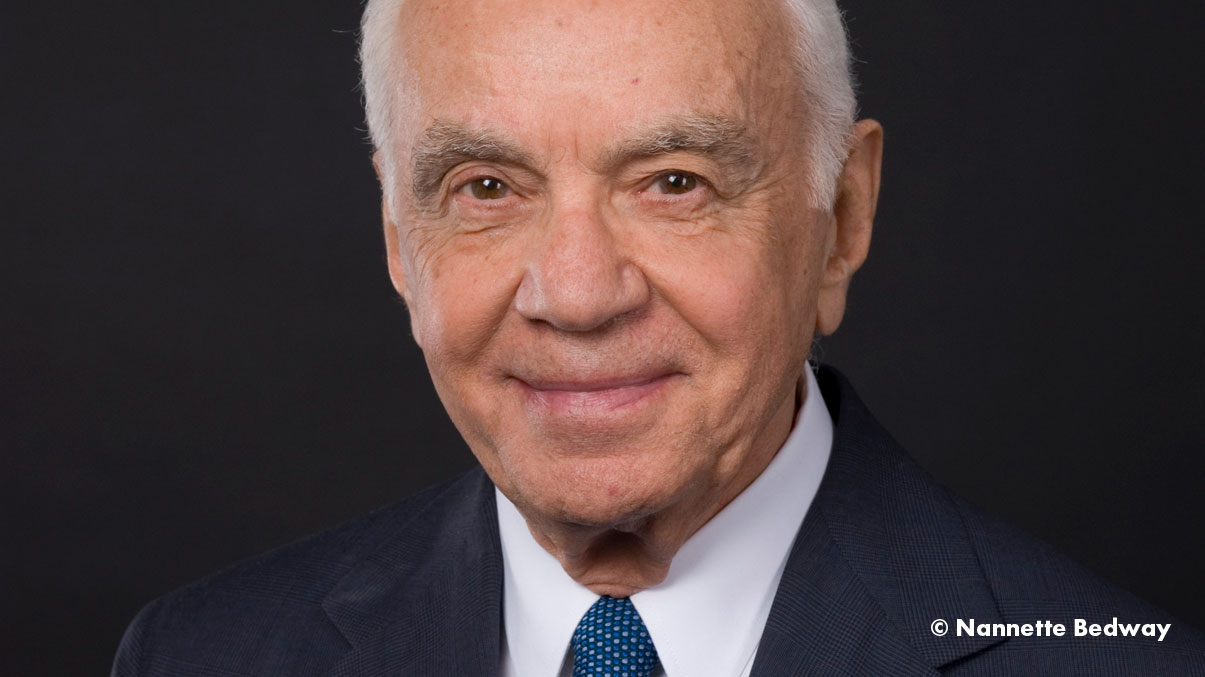 The family of Carnegie institutions extend their deepest condolences to the family of Morton L. Mandel, a lifelong philanthropist who was cofounder, CEO, and chairman of the Jack, Joseph and Morton Mandel Foundation and a recipient of the Carnegie Medal of Philanthropy. He died October 16 in Florida at age 98.

One of nine medal recipients in 2019, Mandel was recognized for embodying the philanthropic legacy of Andrew Carnegie. He had planned to accept the medal at a formal ceremony in New York City on October 16, but sadly died the same day.

Through his philanthropy, Mandel made it a priority to “invest in people with the values, ability, and passion to change the world.” Together with his brothers, he established the Mandel Foundation in 1953 to develop and support educational and leadership initiatives. The foundation also promotes the arts and humanities, particularly in Mandel’s native Cleveland, and fosters “just, inclusive, compassionate and democratic societies” in the U.S. and Israel.

Mandel wrote that a leader must “have principles and do the right thing.” Making it his mission to sustain and expand the impact of the foundation, Mandel awarded a generous grant to fund a new building and programs for the Mandel Institute for Social Leadership at Ben-Gurion University of the Negev. Recently the foundation also helped the Cleveland Clinic create the Mandel Global Leadership and Learning Institute. The enduring impact of Mandel’s giving extends beyond those institutions to the leaders he helped cultivate, and today they are making a difference in fields ranging from education to health care.

Born to modest circumstances in 1921, Mandel’s immigrant parents taught him the value of selflessness and self-reliance — traits that would become hallmarks of his philanthropy. At 19, Mandel left Adelbert College, now Case Western Reserve University, without finishing his degree to join his brothers in founding Premier Automotive Supply. Going public in 1960, the company later merged to become Premier Farnell PLC, now a $3 billion multinational electronics corporation.

In 2013, Mandel returned to Case Western and completed the bachelor’s degree he had started 75 years earlier. He is survived by his wife Barbara, three children, eight grandchildren, and two great-grandchildren.