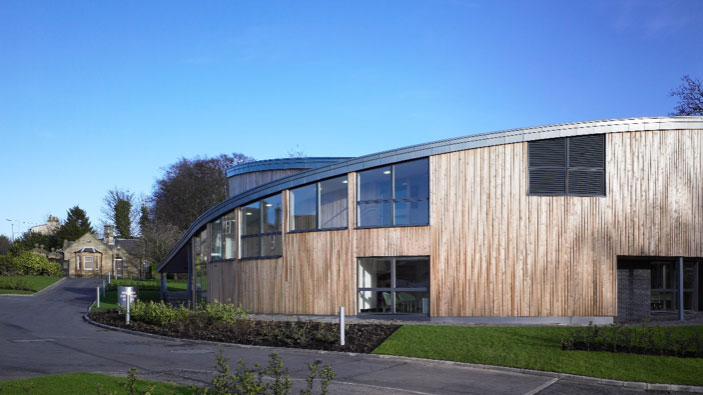 Letters to Andrew Carnegie | Carnegie Trust for the Universities of Scotland

In 1901, as the very first step of your avowed mission to give away the recently realised proceeds of the sale of your steel company, you generously endowed to the four universities of Scotland and their students a hugely significant sum. The idea that, one hundred years later, Scotland would be home to fifteen universities, plus a further three institutions of higher education, would have seemed extraordinary to you at that time. Nonetheless, by the end of the twentieth century, that was where we stood. And there is no doubt that this and subsequent progress can be seen as being, in no small part, a result of your benefaction.

In the course of that first century, the Scottish universities, while increasing in number, gained an impressive international reputation for education and research and, on the basis of numerous measures, continue to be regarded as punching significantly above their weight. There is no question that the resources provided through the Carnegie Trust for the Universities of Scotland contributed greatly to this development — particularly in the early days when government funding to universities was very modest. Buildings, libraries, and laboratories carrying the name Carnegie bear testament to just some of the initiatives made possible through the funding you provided.

At the same time, and we know very close to your heart, nearly 70,000 students have been supported in their undergraduate studies, most of whom would not have attended university without the financial assistance that the Trust has provided. Including other grants, such as vacation scholarships, over £14 million has been distributed to students in the Scottish universities since our founding.

Alongside student support, the Trust has contributed to the construction of lecture theatres, libraries, and student residences; funded chairs, lectureships, research fellowships, and PhD scholarships; and awarded research and publication grants — to a total of nearly £50 million.

To summarise, we can report that the overall total of £64 million that, since 1901, has been distributed in grants to the universities of Scotland and their students, when translated into present day values, comes close to £500 million. This remains a pretty good return on your original investment of £2 million. And we are still going strong after 118 years!

Inevitably, much has changed over time, as indeed you expected. Whereas in your day only about one percent of the population went to university, now up to fifty percent undertake higher education studies — an achievement that we are confident you would applaud. This growth in educational opportunities and research activities has had a profound effect on the whole university sector. We have been continually grateful for the foresight and flexibility you emphasised in your original Trust Deed, and which became enshrined in the subsequent Royal Charters, under the most recent version of which we continue to operate. You will be pleased to hear that much of the original wording, as written by you in 1901, remains in our governance documentation.

Besides the more than four-fold increase in the number of higher education institutions in Scotland, and even greater growth in student numbers, the most significant change has been the payment, from public taxation, of student tuition fees. The introduction of government support for students in 1948 saw the beginning of a considerable fall in applications to the Trust under your Clause B expenditure heading: Tuition Fee Assistance. Exercising the flexibility afforded us in your Trust Deed, expenditure was shifted towards the more general support of university facilities and staff. The evolution in public funding culminated with free higher education being introduced across the UK in 1962, including the provision of means-tested maintenance grants. The financial barrier preventing students from attending university, which you hoped to overcome by creating the Trust, was effectively removed, leaving us free to consider other means by which we could deliver that part of your mission. Examples of new student support programs that we have introduced include vacation scholarships permitting undergraduates to undertake summer research projects ahead of their final year of study, and fee bursaries for taught master’s degrees.

Coming up to date, and following a few policy oscillations, the Scottish Government (yes, there is such a body nowadays!) is ensuring that tuition fees are paid on behalf of students in Scotland for up to five years of undergraduate study. This leaves the Trust acting in a reserve capacity for those special cases in which students either fall outside the government’s eligibility rules or have used their full entitlement. Commonly, we pay tuition fees for students who, for various — often difficult personal — reasons, have had to discontinue their degree studies before restarting later. Sometimes these fresh starts also give students an opportunity to think again about the subject area that best suits them and their career ambitions. We help them to move forward.

The second factor leading a student to seek our assistance to pay their fees can relate to immigrant status. Whilst some students may have completed their high school education in Scotland and lived here for a number of years, they may fall outside the government’s funding eligibility. Here we can step in — sometimes supporting the families of asylum seekers (in conjunction with a scholarship from their university). We like to think that your own experience arriving in America at the age of thirteen, keen to seek out opportunities to educate yourself wherever possible, would ensure your enthusiastic support for such a use of the funds you have placed at our disposal.

Another major change over the last century, which may surprise you, has been the expansion of research in universities across the UK. Recognising, as you did, its huge importance for the growth of industry, the development of business, and the advancement of culture and society, government agencies in Scotland, the UK and internationally, as well as industry, now provide large sums of money for research in the Scottish universities. Whereas, when you created our Trust, the funding it could provide made a very significant contribution in this area — leading to the creation of an excellent university research base with an outstanding worldwide reputation — our role has, in many respects, been overtaken by these other funders. Our resources cannot compare with these bodies, but nonetheless, we continue to provide an important function by awarding relatively modest research grants to academics at the earlier stages of their university careers. These grants permit lecturers and research fellows an opportunity to explore new areas of research to the benefit of their own career development and their universities, and often lead to the initiation of important new lines of study.

We also assist the development of research careers through the award of Carnegie PhD Scholarships, which are extremely prestigious and highly competitive. Candidates who receive these awards are hugely talented young people and can be expected to achieve great things. Just one past example is Alexander Todd, who was a Carnegie PhD Scholar 1928 to 1931. He went on to receive the 1957 Nobel Prize in Chemistry and, subsequently, as Baron Todd of Trumpington, became Chancellor of the University of Strathclyde (one of Scotland’s “newer” universities). We are also proud to record that John Boyd Orr, who received a series of grants from the Trust from 1907 to 1912 in support of his medical studies at the University of Glasgow, was awarded the Nobel Peace Prize for 1949 — an outcome we are sure you would applaud.

On the subject of successful careers, we frequently quote your invitation to students to repay, should circumstances permit in later life, the grants that they received from the Trust. As you said in your letter to Lord Elgin on 7th June 1901, “I hope the Trustees will gladly welcome such payments, if offered, as this will enable such students, as prefer to do so, to consider the payments made on their account merely as advances which they resolve to repay, if ever in a position to do so.” You will be pleased to hear that a total exceeding £600,000 has been paid back to the Trust to date, permitting us to support more students over the years.

In addition, your words, together with the impact that our grants have had on the careers of recipients, have led to a number of large donations, including legacies. These have totalled £2.5 million. Converting all these different types of donations into current-day values leads to an overall total of £7.6 million — a powerful demonstration of the esteem in which your Trust is held. Building on this success, the trustees are keen to attract further financial support in this manner so as to extend the work we can do for the further benefit of both students and the universities in Scotland.

Since 2005, the Trust has been based in a stylish new building — opened by HRH The Princess Royal (Princess Anne) — in your home city of Dunfermline. Our offices look out onto Pittencrieff Park, which you so generously donated for the use of the population of the city. Currently on a shelf inside our office is a thank-you card that we recently received. It is addressed to the trustees and reads:
“I wanted to take the opportunity to express my heartfelt appreciation for your support with my course fees and continued financial assistance. It has made a huge difference to my son and I and allowed me to focus on being a mum and achieving my goals. Thank you will never be enough.”

On the facing page, in a more juvenile script, is written:
“Thank you for believing in my Mum”.

We are honoured to be able to join the great number of people who have benefited from your farsighted creation of the Trust in expressing our own thanks.