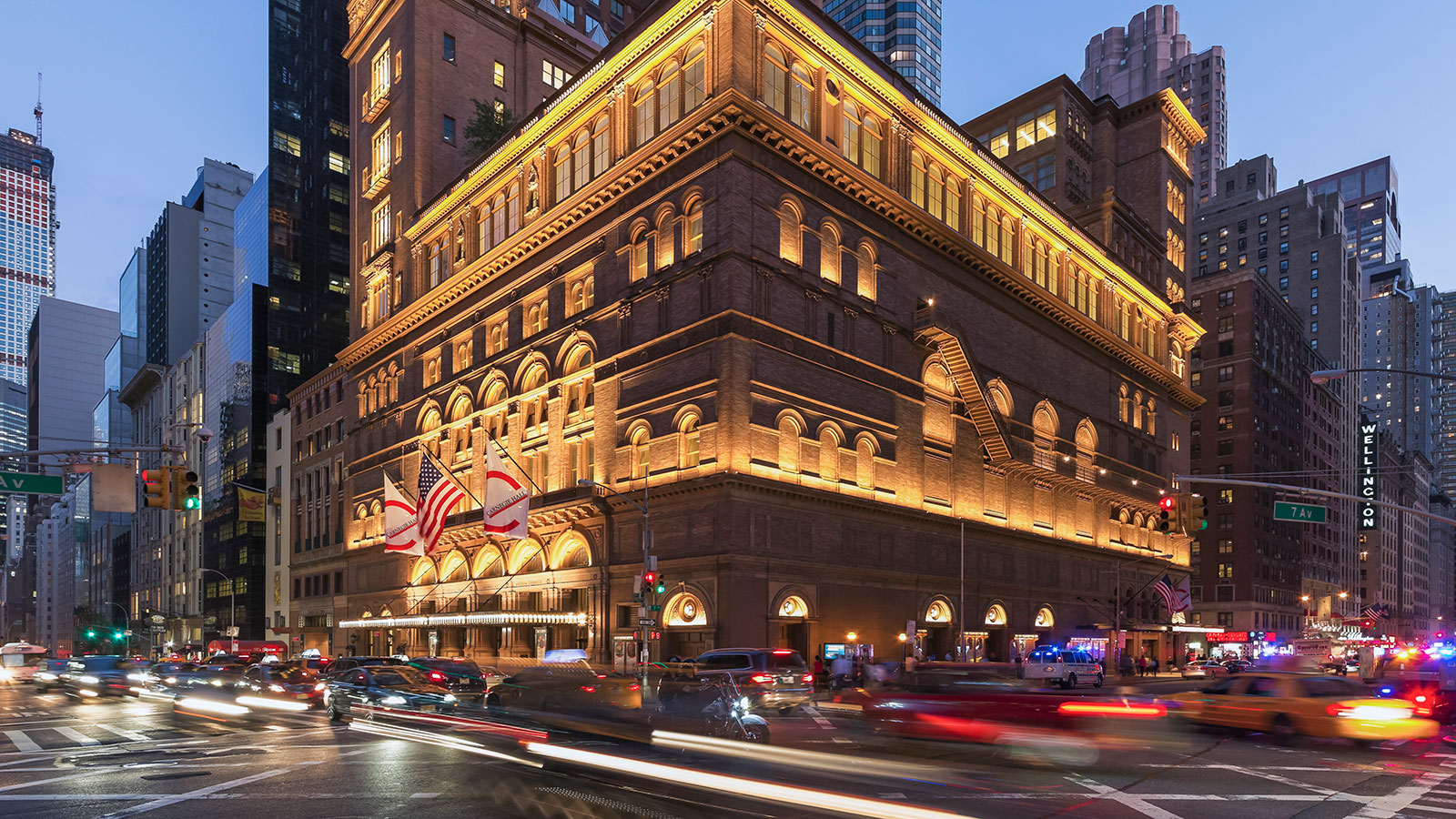 It is my privilege as the Executive and Artistic Director of Carnegie Hall to commemorate this special anniversary year by reflecting on the transformational impact that your incredible Music Hall has had on the cultural life of New York City, as well as its far-reaching influence on music around the world.

As the Carnegie Hall team enters this beautiful landmark building each day, you are well remembered not only for your love of music, but for the way in which you aspired to ensure the best possible results of whatever you set out to accomplish, your belief in access to education for all, and your commitment to building an enterprise that would be sustainable through the years. Your vision still inspires us today and remains an integral part of our institution’s DNA.

Everyone who cares about great music is fortunate that, while sailing to your honeymoon in Scotland, you and your new bride Louise — who sang in the Oratorio Society of New York — crossed paths with one of our city’s leading conductors, Walter Damrosch, and that, after much conversation, you agreed to build an ideal hall for concert music in New York. While Midtown in that day was centered around 14th Street, we appreciate that you ignored the critics and had the foresight to place your hall much further uptown, understanding that our growing city would soon stretch beyond its conventional boundaries. Construction of the building progressed remarkably quickly — from start to finish in less than a year. When the Hall’s doors opened for the first time on May 5, 1891, you ensured that Russian composer Pyotr Ilyich Tchaikovsky, the most famous musician of the day, was at the center of the festivities, marking Carnegie Hall from its very beginning as a place where audiences would experience the best in music.

From that moment, Carnegie Hall established itself as a place where music history is made. Over the years, the Hall’s renown has been rooted in its stunning acoustics, the beauty of its three concert halls, and its location in New York City. Over the course of more than a century, it has played a central role in elevating the city into one of the world’s top cultural capitals.

When the Hall’s cornerstone was laid in 1890, you proclaimed, “It is probable that this hall will intertwine itself with the history of our country.” This has been true from the start. Since Tchaikovsky first stepped onto its platform, Carnegie Hall has been an irresistible magnet for talent and an aspirational destination for the world’s finest artists, all inspired to follow in the footsteps of the greats who appeared before. From Dvorˇák, Mahler, Bartók, and Bernstein to George Gershwin, Billie Holiday, Benny Goodman, Judy Garland, Count Basie, The Beatles, and Frank Sinatra, pioneering political and social figures along with classical, jazz, and popular music icons have all played a part in placing the Hall in a unique position at the intersection of music performance and social and political discourse.

In your cornerstone speech, you also commented on your desire that “all causes may here find a place.” I believe you would be pleased to know, as a venue that was never segregated and always open to all, Carnegie Hall has become a place dedicated to the best of almost every kind of music, and a prominent public forum for such causes as women’s suffrage, labor, and civil rights, as well as the home of civic events, rallies, graduations, and community gatherings of almost every kind. In addition, over the last decade, Carnegie Hall festivals have connected cultural institutions citywide to explore some of the most relevant themes of the day through the arts, for example: musical traditions from around the globe; how migration has contributed to America’s culture; the turbulent social landscape of the 1960s in the United States; and many more.

Facing crumbling infrastructure, peeling paint, and water seeping through the ceiling, the artists and city leaders who made up Carnegie Hall’s new board of trustees stepped forward as stewards of the building.

As its benefactor, you hoped Carnegie Hall would be embraced by the community, and that, over time, it would stand on its own. When times changed and the city continued to evolve, the Hall came within a hair’s breadth of the wrecking ball in 1959. We think you would have been moved to see the remarkable advocacy of the great violinist Isaac Stern, rallying citizens to protect and preserve this incomparable musical gem, grasping what the concert hall would mean to future generations. Purchased by the City of New York in 1960 and established as a non-profit organization, Carnegie Hall entered a new phase of its life as a public trust. Facing crumbling infrastructure, peeling paint, and water seeping through the ceiling, the artists and city leaders who made up Carnegie Hall’s new board of trustees stepped forward as stewards of the building, eventually raising more than $500 million in capital and endowment funds to restore the Hall to its original glory, transform the outmoded underground recital hall into the fully contemporary Zankel Hall, underpin and expand the Hall’s concert presentations and education programming, and gain deserved recognition for Carnegie Hall as a national historic landmark and international center of culture.

Given your strong belief that everyone has the right of access to education, we believe you would appreciate that music education has become central to Carnegie Hall’s mission today. The two Studio Towers atop the building, which you originally had constructed to attract artists who would provide rental income to support the Hall, have been renovated into Carnegie Hall’s Resnick Education Wing. These beautiful new spaces now ensure that more and more people have the opportunity for music to become a meaningful part of their lives. Complementing the array of performances on the three stages below, innovative music education and social impact programs created by Carnegie Hall’s Weill Music Institute — most offered free or at low cost — now fill the building’s upper floors with students, educators, young aspiring artists, families, and community members of all ages coming together to make and enjoy music. Through technology and partnerships, these initiatives are increasingly leveraged to reach more than 600,000 people in concert halls, schools, and community settings around the globe.

In the coming years, you can be assured that Carnegie Hall’s commitment to the future of music and the role it can play in transforming people’s lives will continue to grow — not only with the increasing breadth of programming within its three halls, but far beyond its walls, in ways that even you may not have been able to imagine! In keeping with our role as a leading concert hall of the twenty-first century, we will continue to advance music education by sharing online resources with partners worldwide; we will enlarge the circle of people who can enjoy our performances by webcasting select performances from Carnegie Hall’s stages to music lovers around the globe; and we will share Carnegie Hall’s story with more and more people online, including through our digital archival collections, an initiative funded in part by Carnegie Corporation of New York. Although we will soon be reaching many more people beyond our walls than within them, the flame of your extraordinary legacy within Carnegie Hall will always illuminate our work around the globe.

It is with great pleasure that we thank you for your generosity and for all that you contributed personally to enrich the lives of people around the world. We know, as we look to Carnegie Hall’s next one hundred years, that its future chapters will be at least as exciting as its illustrious past. The peerless institution you created has an almost unlimited potential to change lives for the better through music, and this will forever remain the inspiration as well as the responsibility of all who serve here.

With all best wishes,