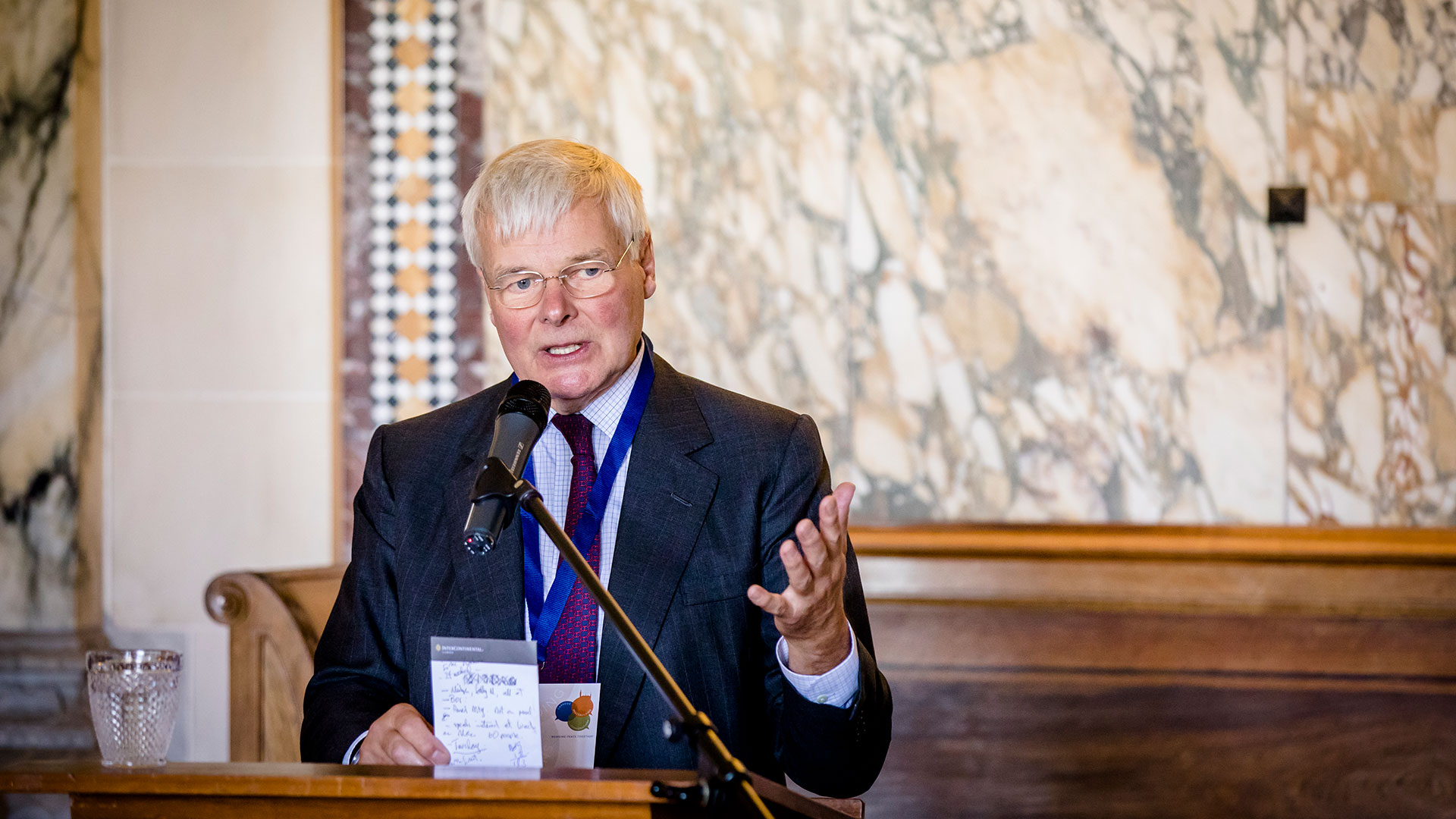 Forging the Future Together: Q&A with William Thomson

Can you give us a brief overview of your association with the institutions your great-grandfather, Andrew Carnegie, established?

I have been a trustee of the Carnegie UK Trust since 1982. At first, I was a trustee, then I became a convener of one of the Trust’s policy sections, then vice chairman, and eventually chairman. After dedicating five fruitful years to the Trust I took a step back, but the Trust wished to continue the family connection and very kindly asked me to become honorary president—a role I’ve held ever since.

Why did you want to be a part of the Carnegie UK Trust?

I didn’t expect to have a connection with the UK Trust. I knew that my mother had been a trustee, but she died very young, and at that point my father became a trustee. I certainly didn’t expect it, but they approached me, and we both wanted to continue the family connection. I hope they haven’t regretted it!

Why did Andrew Carnegie establish the Carnegie UK Trust?

The Carnegie UK Trust, established in 1913, was one of the last trusts Andrew Carnegie created. His active philanthropy really came to an end when the first world war started in 1914.

Andrew Carnegie was concerned that the trusts he had set up for Britain, Great Britain in those days, were too focused in Scotland. At the time, he had already established the Carnegie Universities Trust, the Dunfermline Trust— which was extremely important because it covered his hometown of Dunfermline and the surrounding area— and, of course, he had the Hero Fund which covered the whole of Great Britain.

He and, I think, some of his advisors in Dunfermline were concerned that the remit of the Dunfermline Trust was too narrow, and we needed to do something that was much more encompassing of Great Britain as a whole, so he set up the Carnegie United Kingdom Trust.

As always, he tended to keep these things relatively simple; so, it was made to be for the benefit of all the people in the UK and Ireland.

What do you believe Andrew Carnegie’s legacy is?

The legacy of his philanthropies is varied across all the different interests the Carnegie institutions are responsible for, and one enormous legacy is that of philanthropy in itself– the idea that people who accumulate great wealth also have a responsibility to see that that wealth goes back into the community, for the benefit of mankind.

If we go back to what Andrew Carnegie did, it was very much underpinned in his belief that mankind could always go onwards and upwards to achieve greater things, greater purity, greater nobility. He had a belief, and his trusts are very much pitched toward, this idea of “real and permanent good,” whether they be about education or otherwise.

How is the Trust forging the future of that legacy?

The Trust examines issues which may not yet be relevant today, but it tries to look to the future and work toward policy solutions for the problems of tomorrow. In some ways it’s comparable to a think tank, but in other ways it’s more than that— it’s looking forward and figuring out how to deal with future problems.

What does that legacy mean to you?

Of course, I’m very proud of the legacy of Andrew Carnegie, but in many ways, it also makes one quite humble. I know I’m only a family representative— I’m not the person who made the money — and so for me, what I want to do, and I think this is shared by other members of the family who are involved in the Trust, is just help continue his legacy. It’s not about us, it’s about his legacy and the work that is continuing to help others today.

What is your vision for the future of Andrew Carnegie’s legacy?

One of the most important developments we’ve had over the last 10 years, is that the Carnegie institutions now talk to each other. Now, they can cross-fertilize in their programming and create new programs by combining expertise in different areas. In this sense, establishing the wider brand of Carnegie has been important, and one can’t deny the role too of the Carnegie Corporation in the way it has assisted other foundations both financially and through its advice and guidance. I hope this continues, and for the individual institutions Andrew Carnegie established to continue forging the future— together.