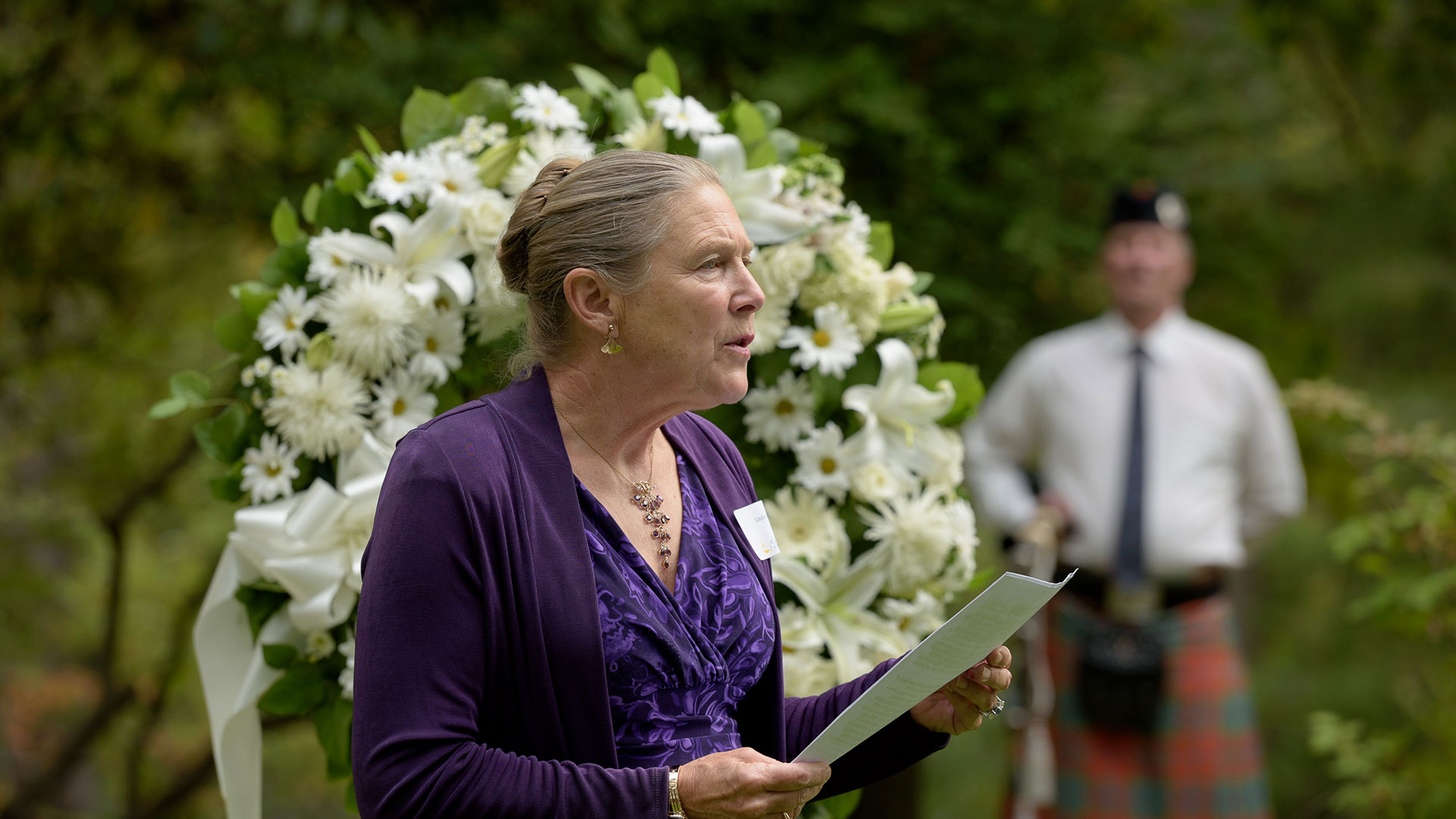 Can you give us a brief overview of your association with the institutions your great-grandfather, Andrew Carnegie, established?

I first became involved with the Carnegie institutions when my cousin William Thomson invited me to the Carnegie Medal of Philanthropy event being held in Scotland in 2005. At the event my daughter and I were introduced to Mark Laskow and others from the Carnegie Hero Fund in Pittsburgh and they told me I’d have to stop by to visit. About a year later I was looking at colleges with my daughter and we found ourselves in Pittsburgh so we stopped by the fund’s office and they gave us such a warm welcome! Soon after, Mark Laskow asked me to consider serving on the Hero Fund Commission board, and I’ve been involved since.

Why did your great-grandfather establish the Carnegie Hero Fund Commission?

Grandpa Nagie set up the Hero Fund after the Harwick mine disaster in Pennsylvania in 1904. It was one of the worst coal mining accidents in US history. Two men went in to try and save their fellow working men, but nobody made it out and over 150 families were left without their husbands, sons, fathers, and brothers. In those days there wasn’t a welfare system to support people when calamity took place. Andrew Carnegie was inspired by those two men who put themselves in harm’s way, and he said, “I have to help.”

What differentiates the Carnegie Hero Fund from other awards for heroism?

The criteria that is so important is that the Hero Fund awards civilian heroes. Andrew Carnegie was passionate about world peace, and he didn’t want the fund to award those who are paid and trained to fight. He wanted to recognize the common person who suddenly saw a situation, immediately reacted, and took themselves out of safety to put their own lives on the line to save a stranger.

What does the Hero Fund mean to you?

The Hero Fund means a great deal to me. Out of all the Carnegie institutions, the Hero Fund was Andrew Carnegie’s own idea. His “ain bairn”— his own child.

I don’t have a big role but becoming a part of the Carnegie Hero Fund Commission was the greatest gift that could have possibly been given to me. It has enabled me to not only contribute in some small way to the legacy of my great-grandfather, but it has offered me opportunities to meet new, interesting people and to learn about the causes he was passionate about through his institutions’ continuing work.

What do you believe Andrew Carnegie’s legacy is?

Andrew Carnegie’s way of giving was so unique. Many people, including me, view him as the Father of Modern Philanthropy. He gave in a time whem there were no tax incentives, nothing compelled him to give, but he did it because he felt in his heart that this was his mission.

But the brilliance in his vision was his trust in future generations. He didn’t limit his institutions, he set them up, told them what his hopes were, and said “I believe that you who will be managing this in the future will know better than I do on how to make the best possible use of the funds I am endowing you with.” He knew he couldn’t predict the future, and that is why we sit here today with a vibrant living legacy of a man who died 100 years ago.

What is your vision for the future of Andrew Carnegie’s legacy?

I don’t think Grandpa Nagie could have ever imagined what he created. I think the institutions have grown beyond his greatest expectations. My hope is that what is happening now doesn’t ever stop, that the Medal of Philanthropy continues on, and the institutions continue to work together.

Since establishing the Medal of Philanthropy there has been an energy around the institutions that doesn’t seem to be diminishing at all and Grandpa Nagie gave the institutions enough flexibility so they could evolve with the times. I don’t see anything that could stop them from continuing what they’re doing, if not doing even more down the road. In 10 or 50 years, the institutions may look very different, but they will always continue working towards a better world.