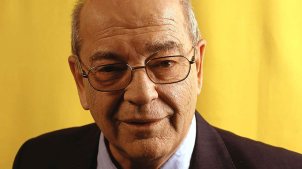 Dmitry Zimin is many things. A Russian, a scientist, a businessman, and a philanthropist. As a donor, he is exceptional, not simply because of the millions of dollars he has given away to science and education-based projects, but because he is a trailblazer. He created the first family philanthropy in post-Soviet Russia. He had the insight to recognize the positive impact that this could have in Russia, particularly in the realm of science, and the ambition and wealthy to make it a reality.

Zimin’s own scientific work had made him a wealthy man, and he was not interested in leaving all his money to heirs – convinced that it would lead to their ruin. Instead, he retired from his successful telecommunications company, Vimpelcom, Ltd, and used his money to found the Dynasty Foundation. All at once, science in Russia had a major benefactor keen to fund young people engaged in research that could change the world for the better.

During its 13 years of existence, the Dynasty Foundation had an incredible impact on both the academic and philanthropic worlds of Russia, by fostering talented people. Starting in 2002, the Foundation helped provide stipends to university students and young physicists. Zimin was inspired by his early scientific background, lecturing in electrodynamics. Soon it was supporting students and experts doing groundbreaking work, while also increasing interest in science with the general population. They launched their own science program, hosted contests, created a prize for non-fiction literature, and began publishing books, including a Russian language version of the popular Bill Bryson book, A Short History of Almost Everything.

‘He was an extraordinary scientist, a teacher and promoter of mathematics. For example, he published a problem book called 5 to 15, which I would strongly recommend to all children. It contains 100 problems for children to guess the solutions to. We initiated an all-Russia contest to solve problems based on this book, which was extremely exciting.’

Such has been Zimin’s impact on his nation that if you were Russian and involved in science, you were most assuredly positively affected by Dynasty.

Sadly, it could not last. Philanthropy remained a topic that many in Russia were wary of, and in 2015, the Dynasty Foundation was designated as a ‘foreign agent’ NGO by the Ministry of Justice. And while Dmitry did not hesitate in proclaiming this inaccurate, he also did not want to cast a bad light on all the success of the Foundation, so Dynasty decided to close down. But that does not lessen the impact of Zimin’s work – over 3,000 despairing scientists and members of the public signed an open letter protesting the Ministry’s decision, but it seems it was time to move on. Nonetheless, Zimin achieved a huge amount in opening Russians’ eyes up to both science and philanthropy. The impact of the Dynasty Foundation will last through this next generation of scientists, and it is only a matter of time before someone takes up the mantle of Russian philanthropy again, inspired by Zimin’s generosity, vision and practical zeal.