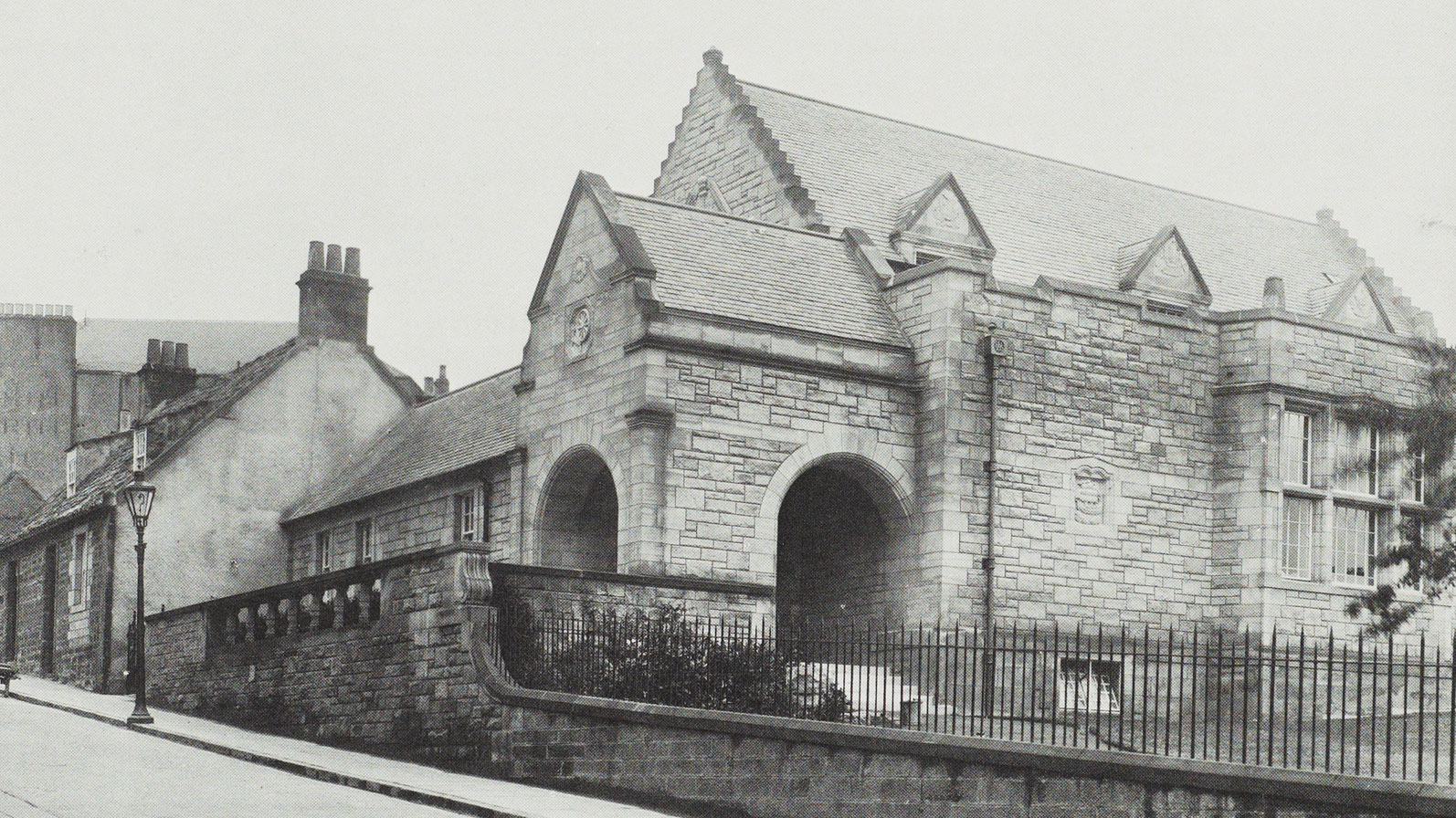 On May 17th, 1848, Andrew Carnegie ventured beyond the borders of his hometown of Dunfermline, Scotland, for the second time in his life. That day his family set sail from the Broomlielaw of Glasgow and began a seven-week voyage to Pittsburgh, Pennsylvania.

Carnegie wouldn’t return to his hometown for 14 years, but he never forgot his Scottish roots, and it is clear that Dunfermline maintained a special place in his heart. In 1874, Dunfermline received Carnegie’s first public gift, and nine years later it became home to one of Carnegie’s first storied public library buildings.

Upon acquiring his wealth and retiring from business, Carnegie set about in earnest to distribute his fortune. His most significant contribution, both in money and enduring influence, was the establishment of several trusts.

While many of these trusts focus on national and global initiatives, Carnegie created the Dunfermline Trust in 1903 with a specifically local focus. Endowed with roughly $4 million, the Dunfermline Trust had the sole mission of helping Andrew Carnegie’s small hometown meet the needs of its people.

Today, the Trust has become tightly woven into the community of Dunfermline and distributes targeted grants which address issues of health, poverty and general wellbeing in the community.

An important initiative for the Trust is a focus on mitigating loneliness among seniors in Dunfermline. Just this year, Carnegie Dunfermline Trust collaborated with Contact the Elderly, a national charity, whose volunteers organize monthly Sunday afternoon tea parties for elderly community members. Contact the Elderly has two chapters in Dunfermline, each with a dozen members who are mostly in their 80s and 90s. With the funding provided by the Trust, members of the two chapters – who would not ordinarily meet – have had the opportunity to connect and take a nostalgic trip on a steam train to the historic Bo’ness and Kinneil Railway.

The Trust also works with youth communities. “Where one generation might benefit from a steam train excursion, another might be better off with the very latest in classroom technology,” said Nora Rundell, Chief Executive of the Carnegie Dunfermline Trust. “For example, working with the virtual reality and gaming expertise of Carnegie Mellon University in Pittsburgh, Pennsylvania, and Abertay University in Scotland, we have created a teaching module targeted at Dunfermline’s younger residents focused on the life, times and legacy of the Scottish-born American philanthropist.”

The educational game, entitled “The Legacy,” provides students with a fun learning opportunity, and a chance to revise what has been covered in the classroom. The comprehensive module illustrates the impact of small philanthropic giving and kind actions and provides schools with free educational tools, including class presentations, activity sheets and a virtual reality computer game modelled on the Andrew Carnegie Birthplace Museum.

The educational program is specific to the local curriculum for the time being, but the Trust is planning to further revise the game and associated materials for use in other school systems in the United Kingdom, the United States, Canada, and beyond.

“It’s exciting to see our ideas take shape all over the world,” said Nora Rundell. “Our primary focus, however, is to ensure the lives of all our residents in Dunfermline are bettered in every way we can. Today, thanks to Andrew Carnegie’s endowment, Cairneyhill football players have the means to practice outside, the patients at Queen Margaret Hospice can seek comfort in a hospice garden, and children can benefit from a newly relocated music therapy studio. We’re here to help the people of Dunfermline, today and tomorrow, live their best lives.”