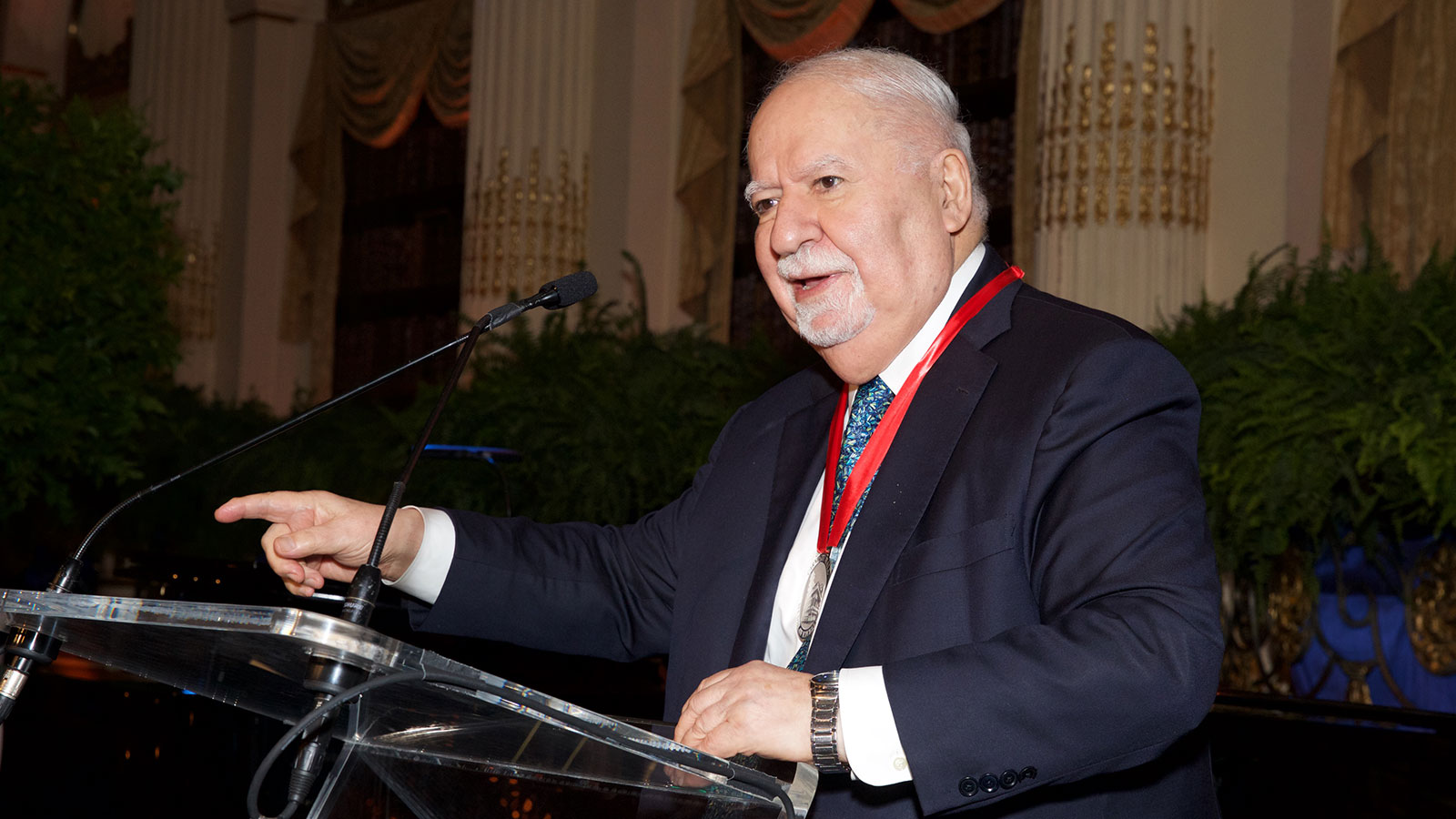 NEW YORK — He ranks with the outstanding immigrants of America who have risen to great heights in designing the intellectual landscape of this country. Especially noteworthy is his special commitment to the arts, education, and humanity through philanthropy.

On Monday evening, June 10, 2019, former New York City mayor Michael R. Bloomberg presented Dr. Vartan Gregorian with the coveted Carnegie Hall Medal of Excellence for his many accomplishments and his inspiring story. The event commemorated both New York City’s festival of migration as well as the 100th anniversary of the passing of another legendary immigrant, Andrew Carnegie.

Every year more than 600,000 students, teachers, and individuals are served through these programs.

As the guests filed into the ornately decorated Grand Ballroom, replete with huge baskets of ferns and branches hanging from the frescoed ceiling, there was an air of palpable excitement.

The host, Clive Gillinson, Carnegie Hall’s executive and artistic director, in calling Gregorian “a great educator, leader, and philanthropic visionary,” added, “Vartan’s story is a reminder of what is possible with remarkable talent, tireless dedication, and limitless imagination. No one is more deserving of this honor.”

The speaker revealed to the elite, mostly non-Armenian audience that the honoree was born to Armenian parents in Tabriz, Iran. “His maternal grandmother Vosky being his greatest teacher and inspiration. She encouraged him to pursue his studies in Beirut at 15 years of age.” (Vosky means “gold” in Armenian.)

The two greatest lessons he learned from his grandmother Vosky were “dignity is not negotiable,” said Gillinson, and that “one must do good without expectation of reward.” Amidst a tumultuous childhood, the speaker continued, “Vartan found refuge in the Armenian library above the local archbishop’s residence.”

When he came to this country at age 22, he knew virtually no English. Attending Stanford University, education had become the cornerstone of his life from an early age.

Noted historian Robert Caro, with humor, described how Gregorian brought The New York Public Library “back to life,” how he advanced education at Brown University with “warm communication,” and how he “embodies the true spirit of generosity as a philanthropist.”

PBS news anchor Judy Woodruff recalled her 20-year friendship with the honoree, describing him as “this handsome bear of a man, with his big smile and open arms who used to bound into my office, giving of himself. He made a huge impact on public media, especially PBS, and he has been a man of inspiration, boundless energy, and special warmth both with the powerful and the not powerful.”

Former mayor Bloomberg, in awarding the Carnegie Hall Medal of Excellence to the honoree, stated that Andrew Carnegie and Vartan Gregorian “are alike, both as extraordinary immigrants, in helping others, as gifted writers, and in reshaping philanthropy. As an optimist and a realist, Vartan knows how to bring people together.”

In expressing his gratitude, first to his late beloved wife, Clare, his family, and to all who made the evening possible, Vartan Gregorian, who is the recipient of 75 honorary degrees and 19 medals, said with obvious emotion that “this medal is the sweetest, happiest medal I have ever received.”

He revealed that he has tried to shape his life to legendary writer Alexis de Tocqueville’s principles of democracy. Then, revealing his deeply held belief, he declared, “Any wealthy person who has died rich did not have the sense on how to invest for the people,” bringing the huge crowd to a standing ovation.

Following the celebratory occasion, many attendees were anxious to reveal their feelings.

Dr. Raffi Hovanessian commented, “As a nation, we are being honored.”

Judy Woodruff gushed, “I am in such awe of this man that I have been privileged to know for 20 years.”

Noubar Afeyan noted, “If he wasn’t Armenian, and if I didn’t know him, I would still be here.”

Aso Tavitian declared, “I feel honored to be where he is honored.”

Sarkis Jebejian was “so proud of how highly respected Vartan is in all communities and cultures.”

And Vartan Gregorian, the man of the hour himself, humbly commented, “This is Carnegie’s honor.”

This article was first published by the Armenian Mirror-Spectator and republished with permission.