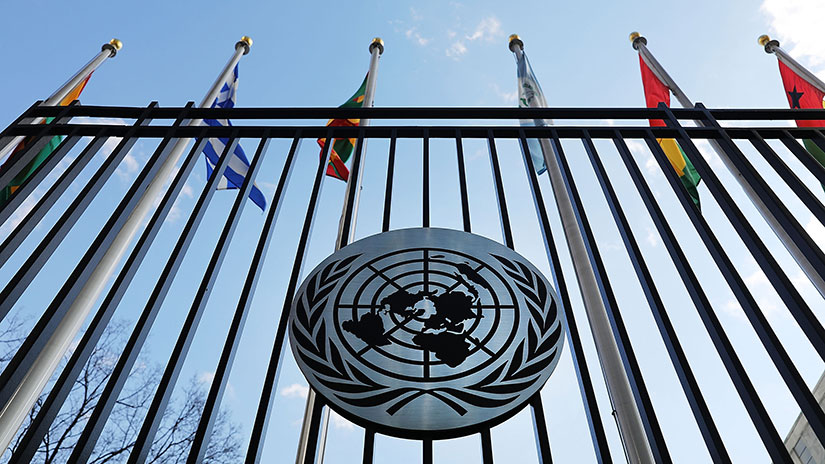 Uniting for a Cause

After taking office in January, President Trump quickly reinstated the “global gag rule,” a policy that prevents organizations around the world from receiving U.S. funds if their services include abortions, or even providing information about abortion. Research shows the rule leaves a devastating impact, including preventing girls and women from accessing health services, hampering HIV prevention efforts, and contributing to the closure of health clinics.

So a day after the order, a group of Dutch officials gathered to figure out what to do.

“We said, ‘We’re not going to let this happen,’” says Rebekka Van Roemburg, co-lead of the support unit of the organization formed as a result, She Decides. “A bunch of civil servants in a little room were steaming and they came up with this name [She Decides].’ Within a couple of days, the website was launched to get money from the public, and other governments said they also wanted to join. So they are all basically queuing up and saying, ‘What are we going to do?’”

Just over a month later, a conference was held in Belgium with more than 450 participants from about 50 governments interested in participating. They agreed to work together to support girls and women, and pledged more than $200 million for the cause.

She Decides exemplifies how foundations, the public and the business sector – as well as governments – are coming together at a time when the U.S. government is pulling back on its investments in global issues such as health and reproductive rights, and climate change. Such initiatives also illustrate the commitment of the philanthropic field to support the work of the United Nations and its agencies. While some have raised concerns about the kind of influence and potential conflicts non-governmental funding may create at the UN, others say is critical in order to meet the demands of growing global challenges.

Van Roemburg says it is difficult to make up the gap created when a top funder such as the United States withdraws its support. But many foundations are stepping up their contributions because they recognize that girls and women’s lives depend on the programs affected. Foundations can help prevent such harm, and propel proactive change, she says.

“Foundations can be a lot edgier and say, ‘We really think this issue deserves a push that’s maybe a little more difficult for a government to give,’” she says. “We like to see ourselves as a positive disruptor, where we bolster the brave and are unapologetic about things, and we can do that. Governments are less able to go into the cutting-edge stuff, and foundations can do that.”

Pledges for She Decides are approaching $500 million, and some 30,000 people and organizations have signed its manifesto, committing to speaking out, changing unfavorable rules and unlocking resources for girls and women. A number of foundations have already given support or voiced interest in getting involved, including the Bill & Melinda Gates Foundation and Ford Foundation, she says. One of the co-founders of a U.K. charity, the Children’s Investment Fund Foundation, has been helping get other foundations involved, she says. The bulk of the money will go to organizations that have long been working in the field, such as the International Planned Parenthood Foundation and the United Nations Population Fund (UNFPA).

In 2016, the United States was the UNFPA’s fourth biggest funder, contributing $69 million. Since the new federal government came into place, no money has been received.

“This means that our programs in all of the 150 countries that we operate in have been reduced in a whole-scale fashion,” says Klaus Simoni Pederson, chief of UNFPA’s resource mobilization branch. “We’ve tried to protect the poorest as much as possible, but everyone has been hit. The money simply isn’t there.”

Without financial support from the U.S. government, about 48,000 women will lose access to safe delivery, 34 mobile health teams can no longer travel to remote areas to provide services, 17 safe spaces for women and girls will stop providing support, and 54 health facilities that provide reproductive and maternal health services will lose support, according to the UNFPA.

The philanthropic field is stepping in, and this includes the Gates Foundation and Oak Foundation, Pederson says. Governments that have increased their contributions include Belgium, Canada, Denmark, Luxembourg, Norway, Spain and Sweden, he says.

There are also examples beyond health and reproductive rights. When President Trump announced that the United States would pull out of the landmark Paris agreement to reduce harmful carbon emissions, former New York Mayor and 2009 Carnegie Medal of Philanthropy recipient Michael Bloomberg pledged $15 million through his foundation to support the UN Framework Convention on Climate Change (UNFCCC).

There are some concerns about the growing role of private money at the UN. A recent Global Policy article says that in 2013, about 14 percent of voluntary contributions to the UN system, or $3.3 billion, came from foundations, corporations and civil society. The article points out several problems with this, such as the lack of transparency and accountability, the influence on UN policies and agenda setting, and the rise of “philanthrocapitalism,” or the applying of business and market-based approaches at the intergovernmental body.

But Pederson says that before receiving money, every potential partnership is closely vetted.

“If you are willing to support the issues that are included in our strategic plan that we’re adopting, then we’re extremely grateful and this is very welcome,” he says. “We have a rather long list of corporate partners and foundations and so forth, so we’re not hesitant as long as you agree with the main work of the organization and we have done the due diligence.”

As global problems and crises intensify, budgets are often not keeping up, so partnerships are critical for addressing these challenges, says Nick Nuttall, spokesperson and director of communications and outreach at the UNFCCC.

“The UN is an institution that, for many, many years has faced increasingly squeezed budgets and increasing demands on what governments want it to do,” he says. “So I think the UN system as a whole is trying to work more closely with foundations and the progressively minded private sector. We have to be careful because we have to make sure what these people want is not much different from what we want. But if their interests align with our interests and our due diligence shows that is the case, then we’ll welcome it.”

The Global Policy article says that while there is a growing trend of the UN opening up to corporate and philanthropic dollars, the funding percentages at UN agencies remain small. For example, voluntary contributions from the private sector, foundations and other non-state actors to UN Women accounted for only 1.8 percent of all contributions in 2015, and only about 3 percent at the United Nations Development Programme (UNDP).

Van Roemburg says it is still early days in terms of assessing the full impact of the United States’ decision to pull some of its funding from global programs. But money often equals power, so the shift could also mean that other governments and institutions end up taking on more leadership roles. As the dust settles from Trump’s surprise rise to office, a new landscape is emerging.