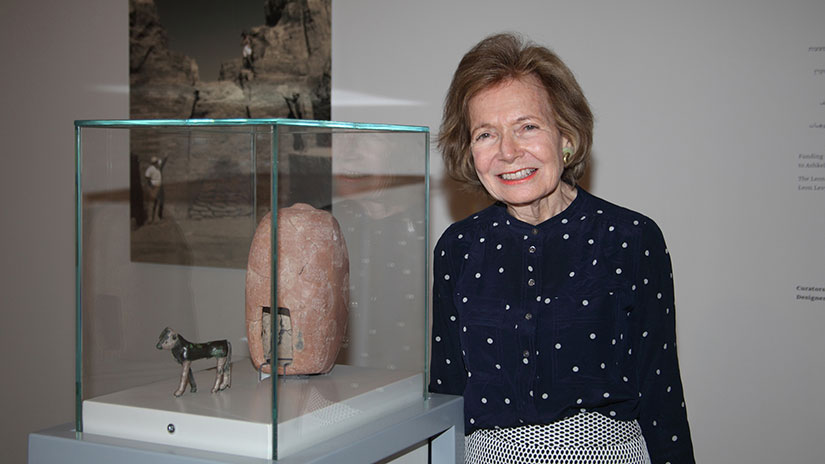 Shelby White has elevated philanthropy to an art form, with both style and substance in all her decisions. Frankly, she is very good at giving money away. She has been deeply involved in philanthropy for many years, starting by helping her husband, Leon Levy, decide how to put his wealth to good use. Many decades later, she has only increased her impact on the world of giving, and her connections to the causes she supports makes it clear that being a philanthropist was her true calling.

Ms. White’s philanthropy can be read as a love letter to what shaped her, what she’s passionate about, and what she values. She and her husband were a great team, giving millions of dollars to a wide variety of organizations, so it was little surprise that the Leon Levy Foundation sprang up in 2004, shortly after his passing. Since then, Ms. White has been the unwavering leader, ensuring that her husband’s fortune would be put to good use.

The variety of programs run by the Foundation might seem somewhat disparate, but they are all causes for which Ms. White has an undeniable passion. The Leon Levy Fellowship for Neuroscience is her opportunity to best honor her late husband, focusing on his interest in finding out just how the brain works and its impact on human behavior. It is the one program in the Foundation that bears his name, the rest speaking to the shared passions of the couple.

Ever since working at Encyclopedia Britannica, Ms. White has loved studies of the ancient world – she and her husband were avid collectors of art from ancient civilizations. The Foundation, unsurprisingly, has done lots of work in related studies and archeology. Less expected is how often Ms. White (literally) gets her hands dirty in these matters, taking part in yearly digs in Israel, including being part of the team that discovered the ancient Canaanite city of Ashkelon. As she told Philanthropy Roundtable, “I like to dig. What shall I say? I love to be in a little hole the size of a small box for five hours in the broiling sun digging up a pot or a bone. I find doing this kind of detailed work exciting.” And she is just as eager about teaching as she is about donating, regularly giving her time and resources to museums, schools and institutions.

Brooklyn is lucky to be able to call Ms. White a hometown girl. A daughter of immigrant parents in the city, she has been a reliable resource for funding many things that beautify and enrich both the borough and all of New York City. Along with being a member of the board for the New York Botanical Garden, she has also contributed significantly to both Prospect Park and the Brooklyn Botanical Garden. One can imagine how much joy and peace these places brought to a young girl growing up in the bustling metropolis. And the Leon Levy Foundation has been a key benefactor to the Brooklyn Public Library, which remains one of the best free resources that the city has to offer.

Thanks to a wide variety of interests and passions, it is almost impossible to talk about all the work Ms. White and the Leon Levy Foundation has done. Her work as a successful journalist and author have inspired free speech programs, growing up in a Jewish immigrant family has brought about significant support for Jewish cultural institutions in New York, and her childhood in the Brooklyn Birding Club has resulted in numerous efforts to save our feathered friends. The things that have provided Ms. White with inspiration and happiness are the focus of the Foundation, ensuring that they will provide similar delights and motivation to many others. She is surely a model to others who wish to give, and has also built a lasting legacy to her late husband.