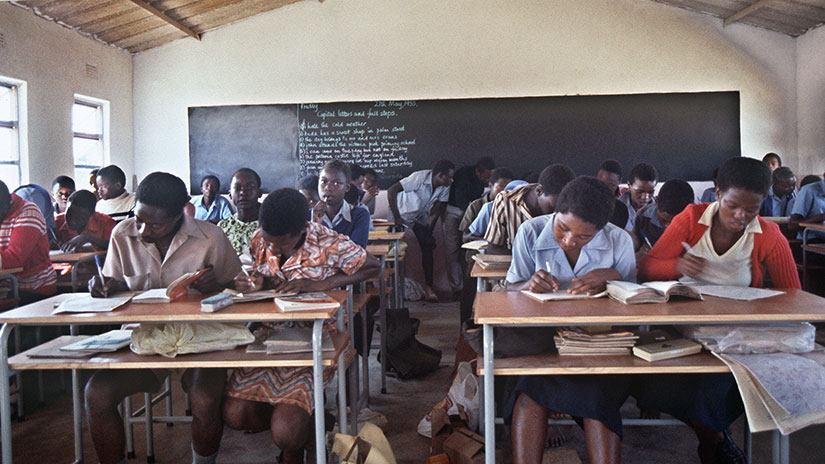 One Woman Creates a Movement in Africa

You might not have heard of Fiona Mavhinga, a woman from rural Zimbabwe, but she has created a movement.

Fiona grew up in a small village in the Wedza District in rural Zimbabwe—the oldest of five siblings. The nearest primary school was 10 kilometers from home. Secondary school was twice the distance. Her grandmother lived closer, so she stayed with her, and helped sell vegetables to pay school fees. She studied late into the night next to a paraffin lamp.

Fiona was the first in her family to finish high school—her test scores were the highest in the province. With the support of Camfed, an international non-profit that tackles inequality by supporting girls’ education, she was able to continue on to the University of Zimbabwe and a law degree, despite her family’s poverty.

In 1998 she helped to found the CAMA network of women leaders, former Camfed-supported students who came together to multiply the impact of donor funds by offering training, technology, business loans, and mentoring support to young women at the critical time when they leave secondary school.

CAMA began as 400 women in Zimbabwe yearning to lift up their communities. It is now a powerful pan-African network on track to grow to more than 130,000 by 2019—a unique movement of rural philanthropists. At the end of 2014, Camfed and CAMA set themselves the ambitious goal of supporting one million adolescent girls to go to secondary school within just five years. After two years, at the end of 2016, they had passed the halfway mark.

The CAMA network that Fiona has helped build is a powerful force for social change, even systems-level change. “Perhaps in the next 20 years we’ll have a million members in the CAMA network,” said Fiona. “Can you imagine: we will have doctors, teachers, lawyers, political leaders. We might even have a president from within CAMA.”