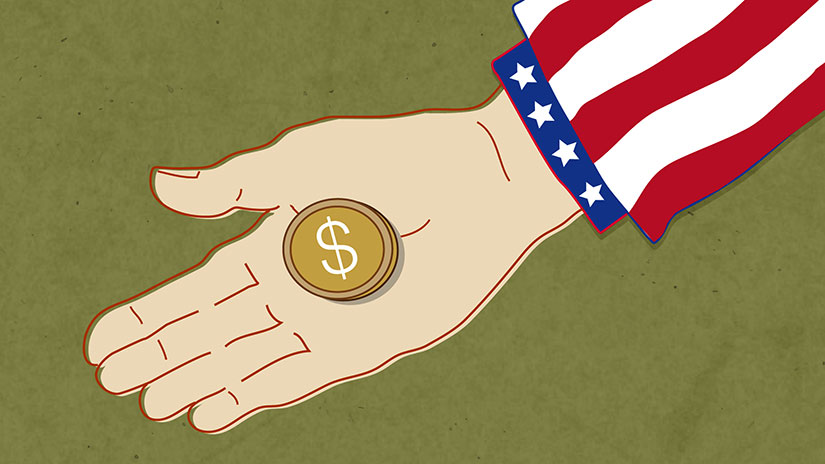 Which Cities and States are Most Charitable?

If you live in Utah, you are in America’s most charitable state. If you are in New England, you may be in one of the country’s less philanthropic areas.

As a nation, the United States has a deep tradition of giving, but some areas are simply more generous than others.

Different surveys use different methodologies to determine which places are the most giving. But one thing remains consistent: Utah always tops the list. The main reason cited for this is the Mormon religion and tithing – the practice of giving one tenth of income to the church.

The trend also holds true when cities are ranked – in a 2012 Chronicle of Philanthropy report that looks at generosity in America’s 366 metropolitan areas, the top four spots all went to Utah. Meanwhile, Worcester, Mass., Lewiston, Maine and Manchester-Nashua, N.H. rank at the bottom. These three states, along with Vermont, also rank as the least charitable in the survey.

Many factors are at play. Some studies indicate that residents of rural and small towns donate more, as do those in more religious areas. The Southern states usually rank higher, and New England ranks lower.

“In some of the New England states, there is probably a stronger government safety net and facilities than in some of the more rural areas,” so the need may not be as great, says Elizabeth Boris, a fellow at the Urban Institute who is the founding director of its Center for Nonprofits and Philanthropy.

Some areas have many more non-profit organizations and therefore many charitable options, Boris says. People also tend to give more if they are asked to donate – and this is more likely to happen in tight-knit communities.

One recent study examines the performance of non-profit organizations in the 30 largest metropolitan areas. The Charity Navigator report found that factors such as the cost of living and a city’s tendency to support specialized causes greatly influence an organization’s ability to raise money. It found that charities in Houston, D.C. and Los Angeles receive the highest median contributions, while those in Philadelphia, Boston and Minneapolis/St. Paul get the least.

Overall, America is certainly a generous place. In 2016, individual giving rose to an all-time high, exceeding $390 billion, according to the Giving USA 2017 report. All nine sectors of giving increased, with religion still topping the list. With 32 percent of contributions going to religion, this sector receives more than twice the funding as the next category, which is education.

In terms of political affiliation, red states – which are also more religious – rank better than blue states, according to WalletHub and Chronicle of Philanthropy surveys.

Rebecca Riccio, director of the Social Impact Lab at Northeastern University, says while people in more religious states tend to give more, there is a need to study the impact of such giving.

“Everyone always stops at the conclusion that people in states that have the highest participation in faith-based organizations give the most money, but we don’t really look at how does that giving translate into impact in the community,” she says. “Something I think is hugely important for people to think about is that the organization you give to is not the end point in the flow of the money.”

Worldwide, the United States regularly ranks among the most charitable countries. Last year, it ranked second, behind Myanmar, according to the World Giving Index.

“We are a caring society, we believe in obligations to each other, yet we do not want to fulfill that obligation via taxes, so charity is what’s left for us as a vehicle to respond to the needs in our communities,” she says. “It’s a fascinating dynamic and it’s very distinctly American.”

Riccio says there should not be a specific benchmark when it comes to what percentage of income people should donate – a figure that averages at about two percent nationally. Instead, she says she hopes everyone thinks about how much they can afford to give. She says it is also critical for everyone to realize the importance of non-profit organizations year-round, and not just during political turmoil and emergencies.

“I really believe in encouraging people to understand more deeply how absolutely necessary the non-profit sector is to the social fabric in the U.S.,” Riccio says, “and how dependent all of us are on it for our quality of life, from cradle to grave.”

Everyone should think about making a difference beyond charitable giving, by considering everything from how they volunteer to how they vote, shop and manage their homes and businesses, Riccio says. She says individuals have powerful toolkits at their disposal – and it’s up to each one of us to decide how to use them for the greater good.