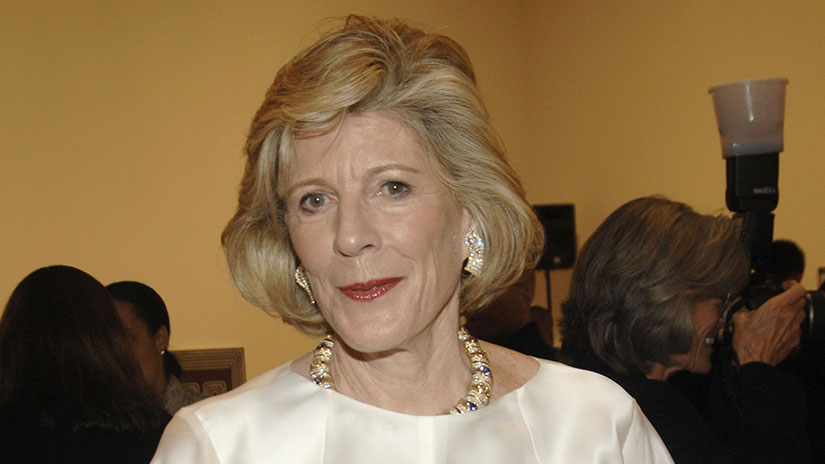 Agnes Gund: The Art of Giving

Depending on where you get your news, Agnes Gund is defined as many laudable things; a philanthropist, a collector, a patron, an advocate. It is worth noting that not only are all the descriptions accurate, they are all equally valid. Aggie (as she’s known to her diverse group of friends) has made an enormous impact in the art world, the philanthropic world, and remains a critical figure in New York City. She has been an energetic presence across these different spheres for many years now, never slowing down.

Most of what Aggie has done has started with art, using it as a springboard to promote education, equality, and social justice. She has sat on over 20 different boards, often at the same time, all while keeping up the busy social schedule of one of the preeminent patrons and collectors of art. She was awarded the National Medal of the Arts by President Bill Clinton. A decade and a half later she was given the Leonore and Walter Annenberg Award for Diplomacy through the Arts, presented to her by Hillary Clinton. And while many great philanthropists have been given awards, Aggie is in an elite club of being the name of an award – the Independent Curators International gives out the Agnes Gund Award to recognize “an established curator for their outstanding contribution to the world of art.”

While museums and galleries the world over sing the praises of Aggie, it is her Studio in a School that remains one of her crowning achievements. The genius collaboration of schools and working artists has continued to thrive, reaching nearly a million children in New York City alone. The project continues to provide art education to many children from lower-income families, as well as open doors to the art world to increase the diversity of the staff in museums, galleries, and art houses. As she told Artnet, “I wanted to do something that was not just a little bit here and a little bit there, but could really have an impact on school art programs.” Four decades later, the impact Studio in a School has made it truly seismic.

Aggie continues to use art to make a splash beyond the world of collectors and curators. In the summer of 2017 she sold Roy Lichtenstein’s “Masterpiece” for $150 million in order to provide seed funding for the visionary Art for Justice Fund. This new effort was created to end mass incarceration in the United States by funding innovative advocacy and intervention. Selling the Lichtenstein functions not only as the initial funding, but as inspiration to other collectors and patrons to get involved. Think of it as a Giving Pledge for the art world. Much like Warren Buffet and Bill and Melinda Gates are using their giving to spur on the giving from other billionaires, Aggie is leading the charge in the art world, and expects others to follow her example.

It seems every year or so there is a new interview or essay about the latest efforts of Agnes Gund. Recent years have seen “Agnes Gund’s Art for Social Justice’s Sake” in The New Yorker, “Agnes Gund, Art’s Grande Dame, Still Has Work to Do” in Vanity Fair, and “A Patron Gives, of Herself and Her Art” in The New York Times. It makes sense – if she never slows down, why should the news? We are all looking forward to what headlines 2018 brings.