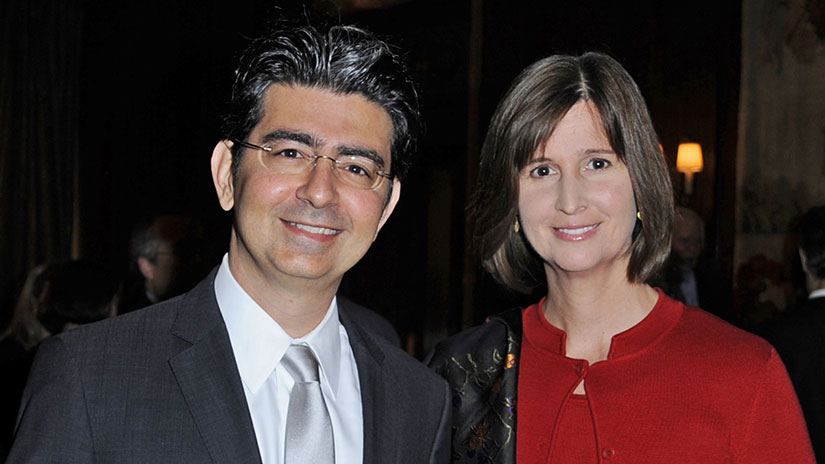 While they may not be particularly ostentatious about it, Pam and Pierre Omidyar are voracious when it comes to their approach to philanthropy. The fact that they have already committed over $1 billion dollars to causes close to their hearts is perhaps sometimes obscured by both their innovative methods and the wide variety of projects they tackle. Their approach is as methodical as it is varied, however, and there is little doubt that the impact the pair are having on the philanthropic world will resonate for generations to come.

Pierre became a billionaire in the early days of the tech boom, finding extraordinary success with his creation of eBay, where he still sits as chairman. Along with his wealth, he became one of the first of the Silicon Valley elite to pursue philanthropy, and since founding the Omidyar Network in 2004, his commitment to improving the world has only increased. The Omidyar Network has allowed Pam and Pierre to become philanthropic innovators and investors, funding creative and unique efforts that can both tackle problems and ensure sustainability.

Along with the Omidyar Network, Pam and Pierre have pioneered a number of other foundations to address directly some of the most pressing issues in the world today. HopeLab, which was founded by Pam in 2001, focuses on using cutting edge technology to engage young people and improve their health. What started as an idea to create a video game to help kids fight cancer gradually became much bigger and even bolder. With a generation that sees technology as second nature, HopeLab is leveraging that innate connection to bring about behavior change, enhance human connection, and increase capacity for self-efficacy. Like a spoonful of sugar with medicine, kids are having enough fun that the lessons learned hardly seem like lessons at all.

Humanity United, another of their projects, was founded in 2008 to bring new approaches to some of the biggest and most challenging problems facing mankind, including human trafficking, mass atrocities, and violent conflict. Again, the search for a unique approach is paramount, especially since many of these troubles have existed for as long as human history. The global reach of the foundation is particularly impressive, confronting diverse issues – peace building in Sudan, treatment of migrant workers creating the World Cup facilities in Qatar, and forced labor in the Thai seafood industry. As Pam said, “When humanity is united, we can act together to create a powerful force for human dignity.”

What is even more remarkable is that these enormous efforts only scratch the surface of Pam and Pierre’s work so far. While they have maintained a modest lifestyle, the total scope of their work is a challenge to comprehend fully. They are just as enthusiastic about local initiatives in Hawaii as they are about national efforts for fair representation through the Democracy Fund. Most recently, they have become passionate advocates for free speech and trustworthy journalism through the global media platform The World Post and First Look Media. Jeff Skoll, another Carnegie Medalist who is a close friend and colleague put it succinctly: “Pierre is dedicated to social change and he will, deservedly, someday be acknowledged as the Rockefeller or Carnegie of our times.” With their all-encompassing approach and focus on innovation, Pam and Pierre have quickly become the 21st century model of philanthropists.