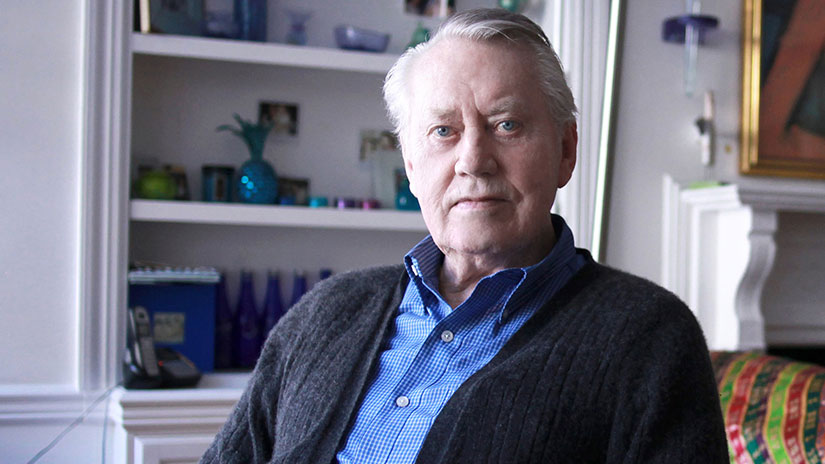 The names of the great, and the good, grace countless trusts as monuments to wealthy benefactors now long dead. In contrast, Charles (Chuck) Feeney believes in giving generously and anonymously during his lifetime, in exchange for no recognition at all. His foundation, Atlantic Philanthropies, preaches “Giving while living” – a forerunner of the Giving Pledge that many Carnegie Philanthropy Medalists support.

Born in Jersey in 1931 to Irish American parents during the Great Depression, he made his fortune as a co-founder of the Duty Free Shoppers Group, which pioneered the concept of duty-free shopping. He served as a US Air Force radio operator during the Korean War, and began his career selling duty-free liquor to US sailors at Mediterranean ports in the 1950s.

While Feeney enjoyed the thrill of successful business ventures and smart investments, he felt little desire for the wealth that accompanied his extraordinary success. Always quick to pitch in money to worthy causes, he started thinking about making a big impact in philanthropy in the late 1970’s. His personal advisor recommended Andrew Carnegie’s Gospel of Wealth and Feeney set up his Foundation with those ideals in mind. He put nearly his entire fortune into the Foundation, while keeping his involvement a total secret from the outside world.

After rigorous vetting by Feeney himself, beneficiaries were sworn to secrecy about the identity of the donor. Feeney sought no buildings in his name and no recognition for his gifts. This spoke to his belief system, seeing himself, as Carnegie would say, simply as a steward of his wealth. In fact it was only due to a business dispute that his philanthropic activities became public in 1997. He is known for his frugality, living in a rented apartment, not owning a car or a house, and flying economy-class despite his enormous wealth.

Feeney’s approach is neatly summed up in his single quote on the subject, “I had one idea that never changed in my mind – that you should use your wealth to help people.” The anonymity also provided him a strategic advantage. Unbothered by requests for aid, he could take his time feeling out organizations and opportunities to make sure his donation would have impact.

Looking back over his catalogue of generosity, it is easy to see where his passion lies. He focused on areas he knew or had experience in, and most efforts had some personal connection. Cornell, which Feeney credits with setting him up for success, received both the first grant and the final one (along with many in between). Higher education is a reoccurring theme, with Atlantic Philanthropies helping with schools and training in Ireland as well as Vietnam, Cuba, and South Africa, all of which he saw struggling without sufficient help.

Unlike business titans of old, then, Feeney has not hoarded his wealth. He wanted to spend the money invested in his Foundation quickly, especially if there was an opportunity to make a big, sustainable impact. Over the course of his life, Chuck Feeney has given away over $8 billion, with his last $7 million going to Cornell in 2016. Warren Buffet perhaps summed up where Feeney falls in the ranks of philanthropists. Speaking to Forbes magazine in 2014, Buffet said, “It’s a real honor to talk about a fellow who is my hero and Bill Gates’ hero. He should be everybody’s hero.

Feeney has been called the “James Bond of philanthropy,” for his secrecy and success. In 1997, Time Magazine said that “Feeney’s beneficence already ranks among the grandest of any living American.”
So while there may currently be no marble busts of Feeney gathering dust or lawyers poring over complicated bequests, his work is living testament to generosity and largesse of the most impressive kind.