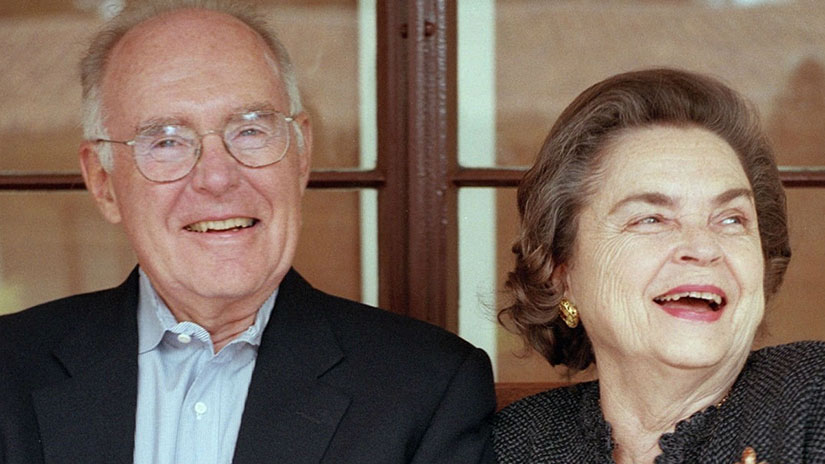 Gordon Moore’s impact in Silicon Valley is impossible to overstate, and his success has brought him greater wealth than he could ever have imagined. The co-founder of Intel, the “Moore” behind Moore’s Law, and a trailblazer for the entire microprocessor industry, he is a titan in the tech world. He is also reserved and introverted, allowing bigger personalities to make noise while he has continued to revolutionize the industry.

His work achievements alone would leave Gordon Moore in the history books, but he wanted to do more with the fortune that he had amassed. Luckily, he had his wife, Betty, to work with. Her knowledge and passion have contributed a key ingredient to their philanthropic ambitions. Clearly they were extremely capable individuals, with Betty working at the Ford Foundation while Gordon got his PhD at Caltech and began his journey into the world of transistors. Once they saw the opportunity to give back, they jumped at the chance, choosing to fund assorted appeals for help every holiday season. In time, they were able to put more time, money, and rigor into the process, but it has always been a very personal effort. Even with the big foundations working away, Gordon does not shy away from personal philanthropy, telling Fortune: “The things I do personally are hard for the Foundation to do. Education gets a lot of it, some science stuff. I pick up a bunch of screwy things.”

The Foundation that he is talking about is the Gordon and Betty Moore Foundation, which the couple founded in 2000. This has allowed them to tackle causes they were passionate about in a deliberate and focused manner, which is of course entirely fitting for someone with a scientific mindset. The chief targets of the Foundation are environmental conservation, science, and the San Francisco Bay area, and thanks to their personal involvement, the Foundation has been able to initiate some unique and visionary programs.

The science aspect of the Foundation has proven to be where it truly stands out. It has brought about potentially world changing initiatives like the Moore Inventor Fellows, a ten year project to support 50 aspiring inventors. The Moores know all about what it means to be at the forefront of development, and now they are hoping to ensure others are given this opportunity. They are also not bashful about getting everyone to appreciate science. This past August the Foundation partnered with libraries across the country to provide glasses for the solar eclipse, distributing a total of two million.

And although they had already given over half of their money away before signing the Giving Pledge, they do not seem to be slowing down. They donated $200 million to Caltech for construction of one of the world’s largest optical telescopes. The Foundation is also doing amazing things in environmental conservation, particularly with their Conservation and Financial Markets Initiative, helping bring mainstream financial markets in line with conservation-minded approaches to saving the planet. It is quite a journey from making microchips to awarding million dollar grants, but the passion and intelligence brought to all their projects is as strong a link as any.