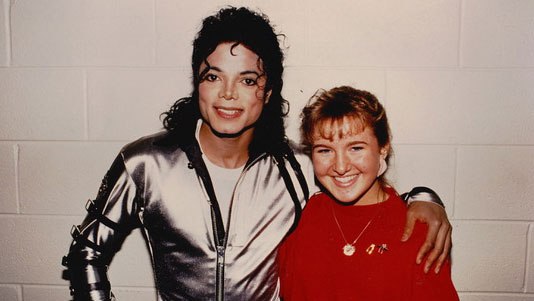 Tiffany Rowe’s wish in 1988 was to meet Michael Jackson. That was the first time she heard of Make-A-Wish – when they showed up at her door.

In 1984, at just 11 years old, Tiffany was diagnosed with bone marrow failure. Doctors told her she had three to six months to live and she spent the next several years fighting to survive.

After a relapse in 1988, Make-A-Wish arranged for Tiffany to meet the star backstage before a concert in Chicago. However, much to her surprise, during the concert a security guard passed her a note, “Michael Jackson requests your presence on stage.” And with that, her wish was granted as she danced to “Bad” with Michael Jackson himself. The opportunity allowed Tiffany to take a step back from her incredibly difficult circumstances and be a kid again, a moment that changed her life.

Now, 29 years later, Tiffany is the Chair of the Make-A-Wish National Board Alumni Association, having spent her life as a Make-A-Wish spokesperson, volunteer leader, and advocate dedicated to giving back to the organization that inspired her during her difficult times as a young girl. She helps other children tap back into that feeling of what it means to be a kid, having big dreams and and believing in the future, often during times of great uncertainty.