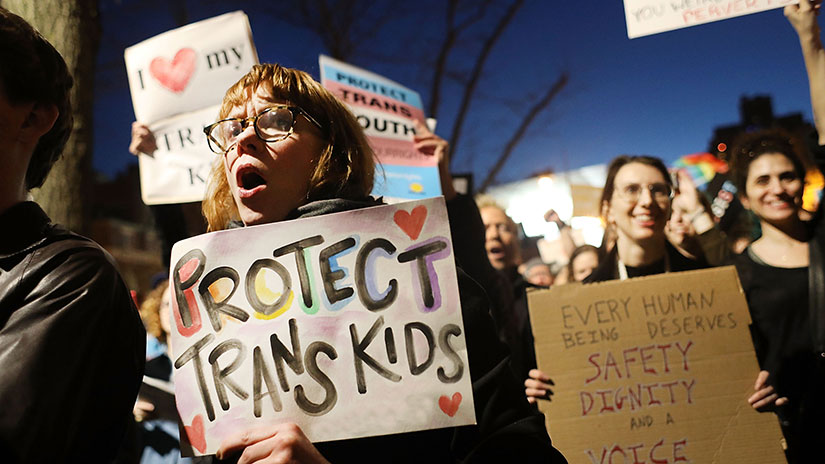 At just 16 years old, Skylar Lee ended his life. The loss was shocking to his community— Skylar was known as an energetic, vibrant activist for LGBTQ issues. The death devastated Skylar’s mother, Joanne.

In 2014, when Skylar came out as transgender to his mother, she was in shock. Her conservative upbringing guided her toward shutting down and shutting out her child, a decision she would never quite recover from.

After Skylar’s death to suicide in 2015, Joanne began the process of learning about her son, his work as an activist in the LGBTQ community for intersectionality, acceptance, and equality. Her son’s words, and his final wish – that it be understood he was not committing suicide because he was transgender and that he did not want to become a “sob story” – drove Joanne to action.

In the time since losing her son, Joanne has continued her son’s work, teaming up with Human Rights Campaign as part of its National Parents for Transgender Equality Council, telling Skylar’s story, and teaching other parents of LGBTQ teens to accept and love their children as they are. She has passionately taken on Skylar’s mantle, fighting not only for the LGBTQ community but for a broad range of minority groups, living up to her son’s message of social justice for all marginalized communities.

Joanne is seeking justice for the LGBTQ youth and, this time, she’s not leaving anyone behind.