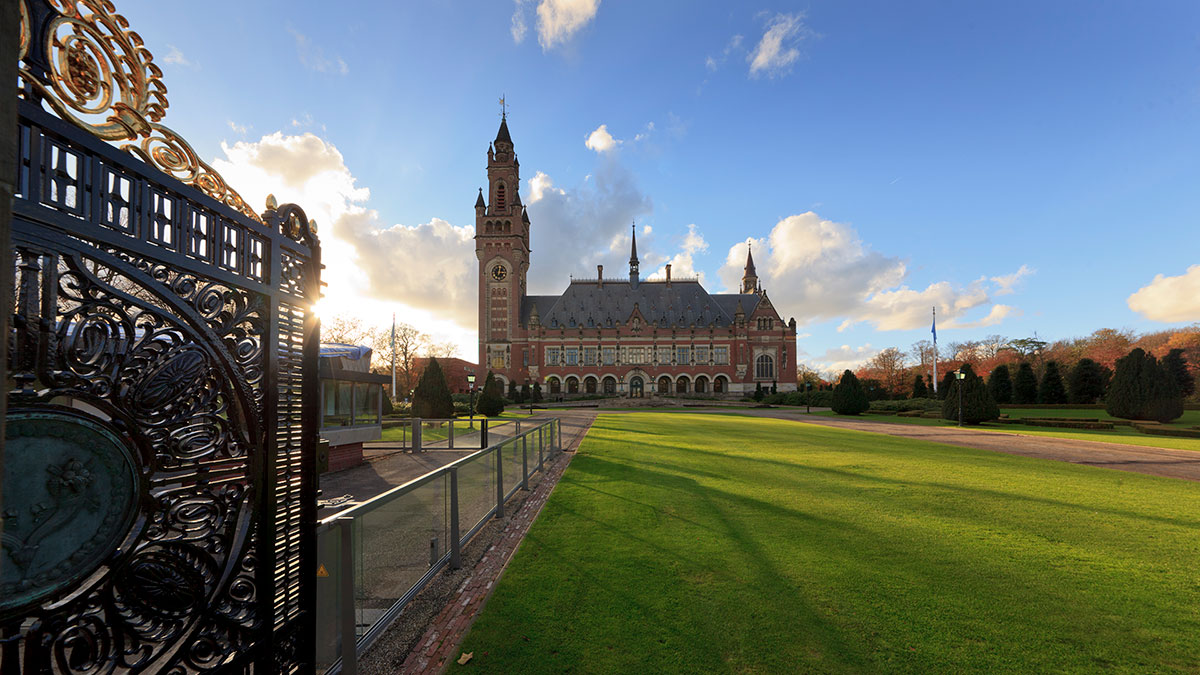 How could Andrew Carnegie — the pragmatic and even hard-headed businessman — have believed that global peace was achievable?

Carnegie was a peace activist from very early on. He believed that peace was inevitable, that mankind was progressing, and that war was a vestige of savagery. Like duels, feudalism, and serfdom, war would be eliminated over time, with the coming of an Age of Civilization that would replace the Age of Barbarism. To get to this peaceful world, one needed leaders, and Andrew Carnegie was going to do everything he could in his power to hasten the day when world peace arrived.

Why did Carnegie establish the Peace Palace?

He tried to build a structure for peace just as he had built his factories and steel mills. He was a dreamer, and nowhere were his dreams greater than when it came to the establishment of peace.

He built the Peace Palace hoping that one day soon it would become the center of a new world court. Instead of sending young men to kill one another on the battlefield, nations would convene at a court of peaceable arbitration in the Peace Palace and settle their difficulties peaceably.

The Hague was the “City of Peace,” and Carnegie was going to hasten the coming of peace through the Peace Palace, which was both a monument to peace as well as the home, he hoped, of an International Court of Arbitration.

How did Carnegie envision conflict between nations being settled?

He had a simple, two-stage process in mind. The nations of the world would come together two by two and sign treaties of arbitration. The Americans and the British would begin the process by signing a treaty that compelled each nation to submit its difficulties with the other nation to arbitration. Once the British and the Americans had signed this bilateral treaty, then the British would sign one with the Germans, and then the Americans would sign one with the French — like dominoes. All of these bilateral agreements would lead to what he called a “League of Peace” that would be centered at The Hague.

What was Carnegie’s greatest accomplishment in peacebuilding?

There are three interrelated aspects to Andrew Carnegie’s legacy for peacebuilding.

First, there are his organizations themselves. Almost all of them in one way or another are dedicated to creating a peaceable world — not just the Carnegie Endowment for International Peace, which has “peace” in its name, but certainly Carnegie Corporation of New York, and the Hero Funds are dedicated to the notion that heroism does not consist in killing people on the battlefield. Heroism is simple, everyday acts of kindness and can involve risking one’s life to help another person. His institutions are his legacy.

Second, the Peace Palace building. Most monuments are to war, to soldiers, and to generals. The magnificent palace in The Hague is a monument to peace.

Third, Carnegie sets an example through his unflagging determination to end war. His argument was simple: war is not inevitable. He just kept pushing for peace. It didn’t matter if people made fun of him. He got a lot of ridicule from people he trusted, like Teddy Roosevelt. That example — the willingness to dream, to be a utopian, and to be a pragmatist on the path to peace — that’s Carnegie’s legacy, and it remains alive today.

How do you think Carnegie will be remembered, in the context of peace, a century from now?

One hopes there will be a steady movement in the direction that Carnegie set out for us, toward peaceable resolution. If you look at the world today: yes, there is strife and warfare, but there has not been a third world war, and hopefully there will not be one. Andrew Carnegie, more than 100 years ago, tried to convince world leaders that in the modern era, war is too deadly and weapons are too advanced. Maybe some part of Carnegie’s message is getting through, and perhaps progress is continuing toward its logical conclusion.

David Nasaw is an American author, biographer, and historian who specializes in the cultural and social history of early 20th-century America. Arthur M. Schlesinger, Jr. Distinguished Professor of History at The Graduate Center, City University of New York, Nasaw is the author of Andrew Carnegie (2006), a New York Times Notable Book of the Year, the recipient of the New-York Historical Society’s American History Book Prize, and a finalist for the Pulitzer Prize. During the 2018 Carnegie Peacebuilding Conversations in The Hague, Professor Nasaw found the time to consider a few questions about Andrew Carnegie’s peacebuilding efforts.

Peering Through the Window