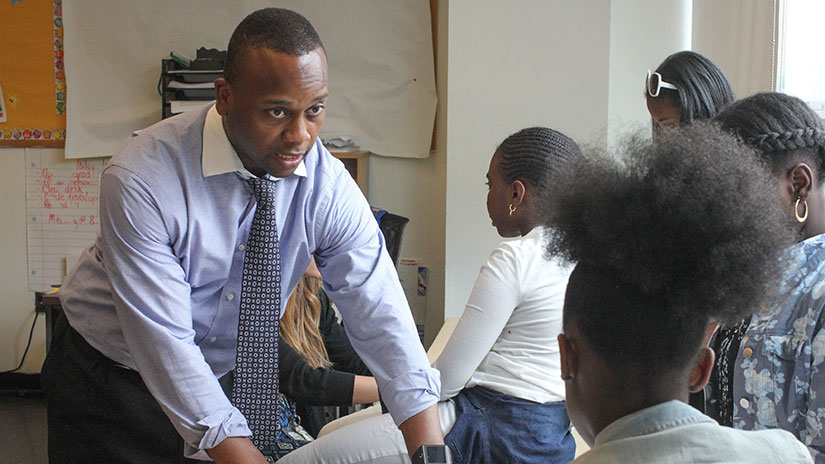 Davidson and Davidchen Joseph were biking to karate practice, but tragically, only one of them would make it there alive.

As young boys growing up Harlem in the 1990s, the fraternal twins spent much of their time at the Harlem Children’s Zone (HCZ), mostly after school. Their single mom sent the pre-teens to take karate classes, get homework help and do art projects.

One day, on the way to a karate practice, the 15-year-old boys were biking through a local park when they were confronted by several youths. It escalated quickly, a gun was drawn and Davidchen was killed.

The organization rallied around Davidson and his mom, providing both love and consistency for them, a gesture that Davidson would never forget. He continued coming to the HCZ, eventually became a junior community organizer and eventually, an AmeriCorps volunteer, working in the local public schools, where he learned of his talent for working with children.

Years later, after obtaining his bachelor’s degree and a master’s degree in education, Davidson returned to the Harlem Children’s Zone and became a middle school teacher. He now spends much of his time helping children, like he once was, through their middle school years.