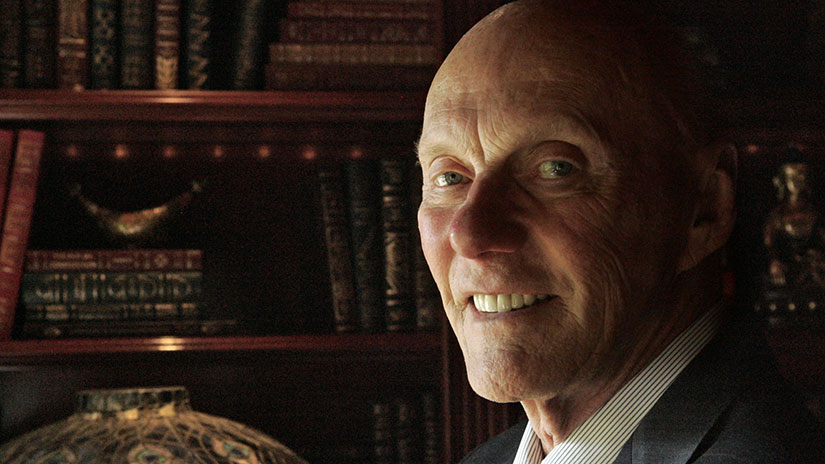 To quote Fred Kavli, philanthropy “sort of gives you a purpose in life.” But those words of wisdom didn’t come from a man who was aimlessly searching for something to do. Kavli made a fortune through his technology company, Kavlico Corporation, as well as through savvy real estate investments. Significantly, the physicist always kept pure science as a key part of his life, and when he sold his company in 2000 he was able to unite his scientific and philanthropic passions. In his business ventures, Kavli used his laser-sharp focus to get the very best results, and he went on to craft a unique niche for himself within the broader world of philanthropy.

After earning a degree in applied physics at the Norwegian Institute of Technology, Kavli moved to the United States hoping to make use of his engineering skills. He found success creating sophisticated sensors that were put to wide use — in engines, washing machines, and even on space shuttles. The incredibly precise nature of his technological and business achievements both contrast with and mirror his later work in philanthropy. While Kavli retained the intense focus that had served him well in business, as a philanthropist he adjusted his expectations. Well aware of how scientific discoveries happen, he proved to be the perfect donor to support cutting-edge work.

While many philanthropists direct their wealth to a variety of causes, Kavli focused almost exclusively on science. There were exceptions: he was integral to a theater built in Thousand Oaks, California, and he gave to local institutions, including Moorpark College, the Boy Scouts, and the Boys & Girls Clubs of America. But those are small fry compared to the leviathan-sized science projects he created and supported. Starting in 2008, Kavli began funding research institutes that specialized in astrophysics, nanoscience, neuroscience, and theoretical physics. Currently there are 17 such institutes at some of the most esteemed universities in the world, including Caltech, Yale, Harvard, Stanford, the University of Tokyo, and the Chinese Academy of Sciences. This is particularly noteworthy because there are no strings attached to these funds — they were put into place without dictating what needed to be discovered or what problems were to be solved. Instead, Kavli provided funds for research that of its very nature doesn’t necessarily have an eventual end in sight.

Some of the researchers at Kavli Institutes have gone on to win major prizes, including the Nobel Prize. Nevertheless, Kavli believed that truly groundbreaking science wasn’t getting the attention it deserved, so he created the Kavli Prizes, which focus on the categories of astrophysics, nanoscience, and neuroscience. He envisioned that the prize would someday be on par with the Nobel, and in order to spur on both the competition and scientific advances, each laureate of the Kavli Prize receives one million dollars. So, thanks to Kavli’s passion for science, many researchers are now well funded, empowered to dive deep into questions both very big and very small. What is the nature of “dark matter”? How do brain structures affect cognition? How can one control matter on the nanoscale? Fred Kavli’s philanthropy will have a long afterlife: the research that he funded could well have an immense impact on all our lives, supporting and recognizing, as the Kavli Prize does, “pioneering advances in our understanding of existence at its biggest, smallest, and most complex scales.”