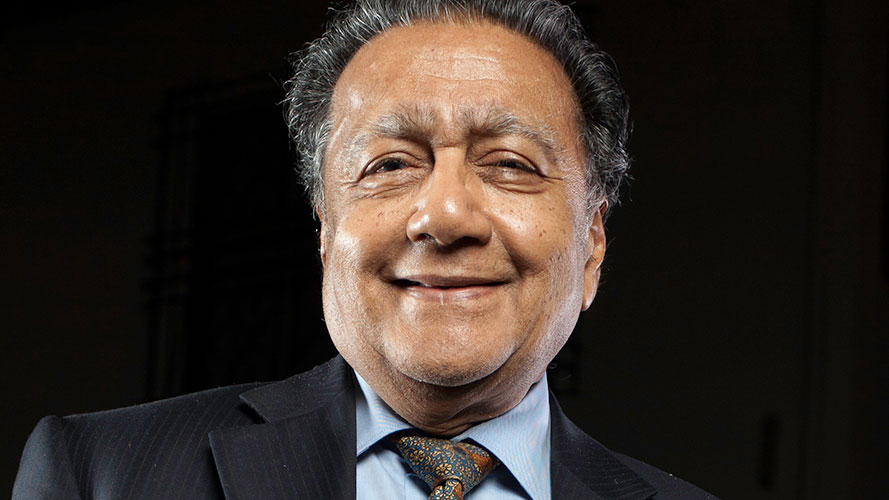 Manu Chandaria OBE CBS EBS is the head of the Chandaria family, which founded the Comcraft Group, a multibillion-dollar industrial conglomerate that started as a small family business and now has a presence in over 40 countries. The founding chairman of the East African Business Council and the Kenya Private Sector Alliance, Chandaria also chaired the Street Families Rehabilitation Trust Fund, which develops rehabilitative and preventive programs for homeless children and families. The recipient of six honorary degrees, he has also served in leadership roles at various Kenyan universities.

As current chair of the Chandaria Foundation, he remains invested in higher education in Africa. In addition to funding academic scholarships, he was instrumental in endowing the Chandaria School of Business at United States International University–Africa and the Chandaria Centre for Performing Arts at the University of Nairobi, among numerous other educational initiatives. The foundation also invests in the strengthening of health care infrastructures in Kenya, including support for both the Chandaria Accident and Emergency Centre at Nairobi Hospital and the Chandaria Medical Centre at Gertrude’s Children’s Hospital in Nairobi.

In an interview with the African Philanthropy Forum, Chandaria said, “The wealth that you have is not yours. You are only the trustee of the wealth you have.” Chandaria attributes his passion for philanthropy to his religious beliefs as a follower of Jainism, and his family has set up charitable trusts in many African countries in which Comcraft operates. The Chandaria Foundation’s projects have allowed the Chandaria family to create a legacy of healthier and better-educated Africans while helping to mobilize and empower new generations of business leaders across the African continent.