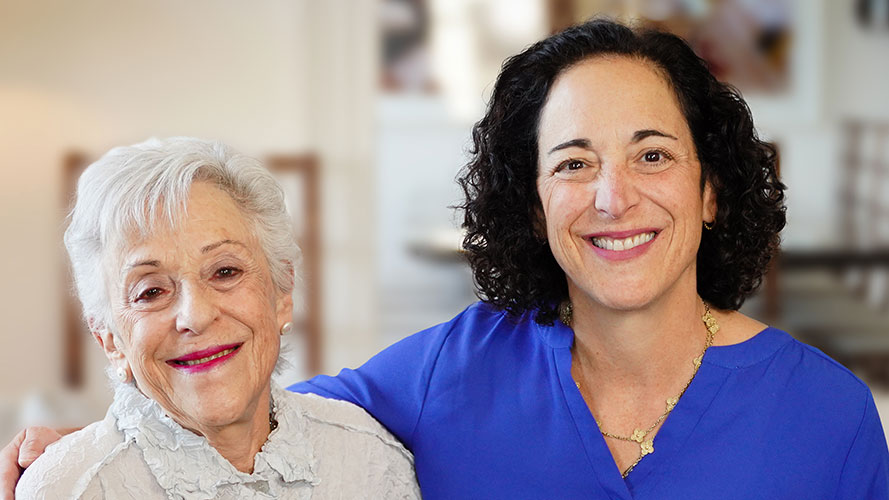 Charles and Lynn Schusterman Family Philanthropies represents a living tradition of giving that began at the family kitchen table. In 1967, Lynn and her late husband, Charles, pledged $500 to the United Jewish Appeal to support Israel during a moment of crisis. This was a significant financial sacrifice for the couple at the time, but giving back, even when they had little to spare, was a value they shared.

Today, Lynn Schusterman, chair emerita of Schusterman Family Philanthropies, and her daughter, Stacy, chair of the organization, remain committed to the values and lessons of Jewish ethics that have inspired the family’s philanthropic work from the very beginning: to pursue justice (tzedek), to repair the world (tikkun olam), and to treat all people with dignity and civility (derekh eretz).

Lynn Schusterman began the family foundation with her husband in Tulsa, Oklahoma, in 1987. Through her philanthropy, she has been recognized as a proud supporter of Israel, the Jewish people, and her family’s hometown of Tulsa; as an advocate for addressing child abuse and neglect; as a champion of educational opportunities for all young people; and as a pioneering funder of inclusion and equality. In 2011, Lynn Schusterman signed the Giving Pledge, a promise by the world’s wealthiest individuals and families to dedicate the majority of their wealth to charitable causes.

Stacy Schusterman, who became more involved with the family’s philanthropy in 2011 after serving as CEO at Samson Resources for over a decade, oversees approximately $400 million in annual grantmaking that is invested in shaping more just and inclusive societies in the U.S. and Israel. She continues the work her parents began to shape joyful and inclusive Jewish communities and to strengthen Israel as a secure homeland for the Jewish people and a thriving democracy. Under her leadership, Schusterman Family Philanthropies has prioritized the advancement of racial, gender, and economic equity in the U.S. through investments in K–12 education, gender and reproductive equity, democracy and voting rights, and criminal justice reform.

Over more than three decades, the Schusterman family has given more than $2 billion through their philanthropy. Among their many investments, they founded the Haruv Institute in Israel to provide training for professionals to address child abuse and neglect. They helped launch Repair the World to mobilize young Jewish adults and their communities through service and volunteerism. They have supported teacher development and the recruitment of teachers of color as part of their broader commitment to strengthening the U.S. education system. They are also major investors in Historically Black Colleges and Universities (HBCUs) and criminal justice reform, including through their partnership with the Blue Meridian donor collaborative. The Schustermans also invest deeply in the leadership and equality of women and girls, including through their involvement in the Collaborative for Gender + Reproductive Equity, and they have worked to help preserve safe, free, and fair access to voting.

In The Gospel of Wealth, Andrew Carnegie describes the thoughtful, positive administration of giving as yielding the “most beneficial results” for the community. The Selection Committee of the Carnegie Medal of Philanthropy admires the generous optimism of the Schusterman family’s investments in building inclusive and thriving communities: they see possibility rather than impossibility in their work. Furthermore, we believe that the family’s commitment to principle is a meaningful example for faith-based communities and foundations that are seeking to empower and improve the lives of others. We applaud the Schustermans’ visionary legacy of giving; they — as did our founder with his farsighted philosophy of philanthropy — continue to make a deep and lasting impact on the communities they serve.

The Carnegie family of institutions is honored to welcome Lynn Schusterman and Stacy Schusterman as recipients of the 2022 Carnegie Medal of Philanthropy.