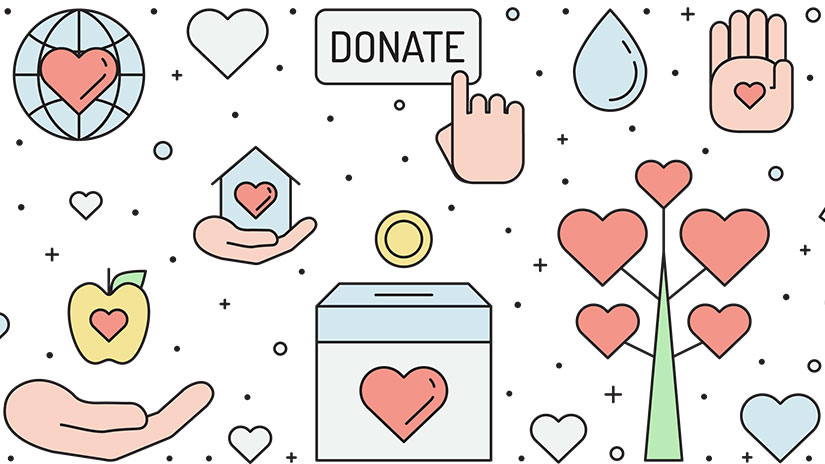 Disrupting Philanthropy, One Dollar at a Time

How technology is turning more people into philanthropists

While sharing their Manhattan apartment, Mike Marian and his two roommates spent many Sunday evenings watching TV together. He recalled one such night, after he had just returned from a two-week work trip in India, and Vice was airing a show about the lack of clean water in that country.

“People had no clean water and were talking about how it’s such a dire situation, but that just a little bit of funding could get them clean water,” Marian says. “But that was it—the screen faded to black and the credits rolled. If people only needed to give a little, why wasn’t there some kind of a call to action? If we could just give a couple of bucks and ask your friends to give donations, we could do a lot. And that’s what Spotfund is about.”

Last year, Marian and his roommates launched Spotfund, an app that allows users to donate as little as $1 to various causes. Thousands of users have donated to more than 400 nonprofit organizations, multiplying their impact by encouraging those in their networks to give.

Spotfund is one example of how philanthropy is becoming more accessible to everyone, regardless of income. Advances in technology and the widespread use of mobile phones are major reasons behind this trend of microgiving. Research supports the idea that people of various means can be philanthropic, as donations from those with lower incomes are increasing. 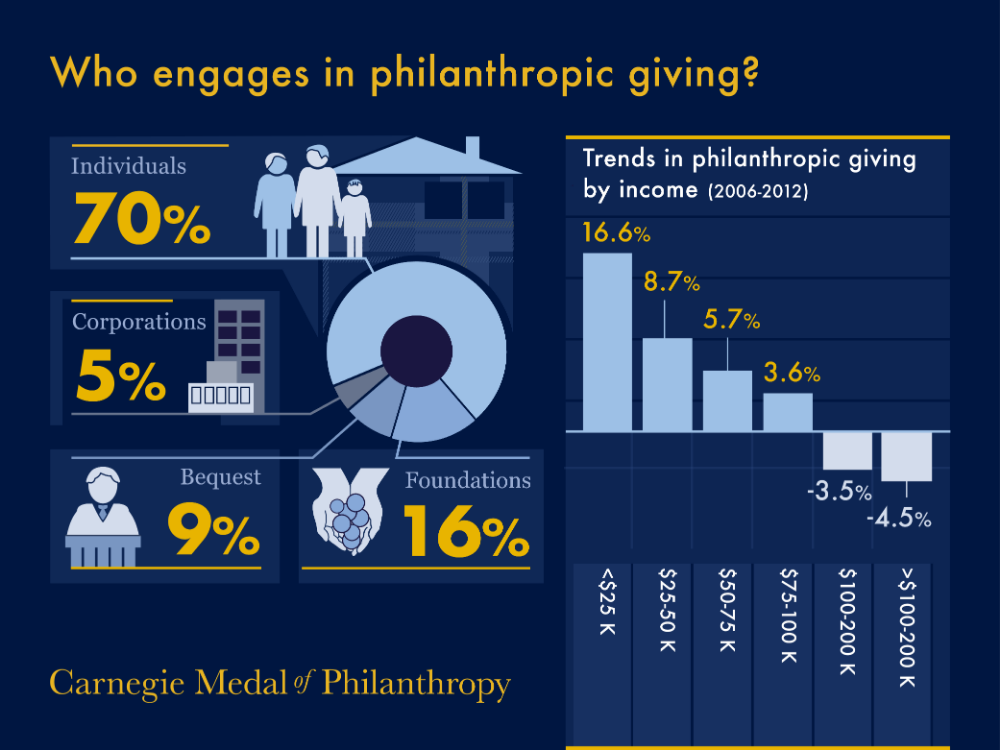 A Chronicle of Philanthropy survey found that Americans earning less than $100,000 gave 4.5 percent more of their income in 2012 than they did in 2006. Meanwhile, those earning $200,000 or more reduced the share of their income that goes to charity by 4.6 percent during the same period.

Russell McGrath, a project engineer in New Jersey, estimates that he has given $200 through Spotfund to a range of causes—from helping the victims of the Orlando nightclub shooting to a fund for endangered elephants.

“I really wasn’t giving much before, not for any ridiculous reason other than that it wasn’t easy enough,” he says. “This is money I would not have been donating otherwise.”

Sheila Herrling, senior vice president of social innovation at Case Foundation, claims that there is greater awareness today about the benefits of opening philanthropy to everyone.

“All of our work is about democratizing philanthropy,” she explains. “How do you make it easier, more acceptable, more incentivized for anyone to be a part of social change? It’s about recognizing the fact that even a small amount of money by a lot of people can add up to a lot of good.”

She mentions Goodworld, which allows individuals to instantly make donations via Facebook, Twitter, or the web. Other apps include Google’s One Today, which lets people donate $1 or more to many causes. And that quick gesture has a real-world impact. For example, a $1 donation to Kids Against Hunger through One Today will provide four meals.

Herrling says more people are also getting involved through various “communities of giving,” such as Giving Tuesday, which each year encourages donations on the first Tuesday after Thanksgiving. Individuals are now also aware of their power as consumers; she points out that millennials, in particular, are putting their buying power behind socially conscious brands. Moreover, the fields of philanthropy and investing are converging through impact investing, and people can make money while also making sound investments.

Technology has also made it easier for people to track donations—no matter how small—and learn about their impact, says Cody Switzer, assistant managing editor and director of digital products at the Chronicle of Philanthropy.

“[Giving] has always been a part of our culture, but it’s becoming more easy,” he observes. “In every aspect of your life, there is more opportunity to be charitable—at work, at home, while shopping, everywhere.”

Until recently Spotfund donations were capped at $3. Nevertheless, as Spotfund’s Marian notes, donations averaged $2.75, proving that even those without deep pockets can become philanthropists.

“Younger people who don’t have the means to put names on wings of museums or libraries feel like the word ‘philanthropy’ is something they can never be a part of,” says Marian. “They think philanthropy is for old white rich men smoking pipes in the Hamptons. But the truth is, philanthropy is accessible to everyone, and people should feel a part of it. And as it becomes more impulsive—because it’s more mobile and accessible—you’ll start to see more people participating in philanthropy.”

Making an impact doesn’t have to be about the size of your wallet, it can be about the power of your social network. Marian understands that donors who are able to write a $100,000 check or give $25,000 after attending a gala will always play an important role in philanthropy. But they are no longer the only ones making a difference. Almost anyone can become a philanthropist—for only $1, $2, or $3 at a time.