‹ Return to Betty & Gordon Moore: The Moores’ Law of Giving 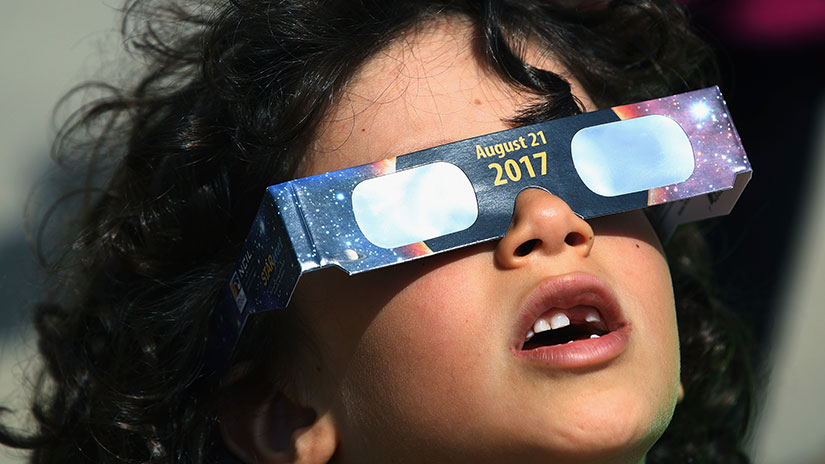 A spectator looks skyward during a partial eclipse of the sun on August 21, 2017 at the Cradle of Aviation Museum in Garden City, New York. Millions of people have flocked to areas of the U.S. that are in the ‘path of totality’ in order to experience a total solar eclipse. During the event, the moon will pass in between the sun and the Earth, appearing to block the sun. (Photo by Bruce Bennett/Getty Images)