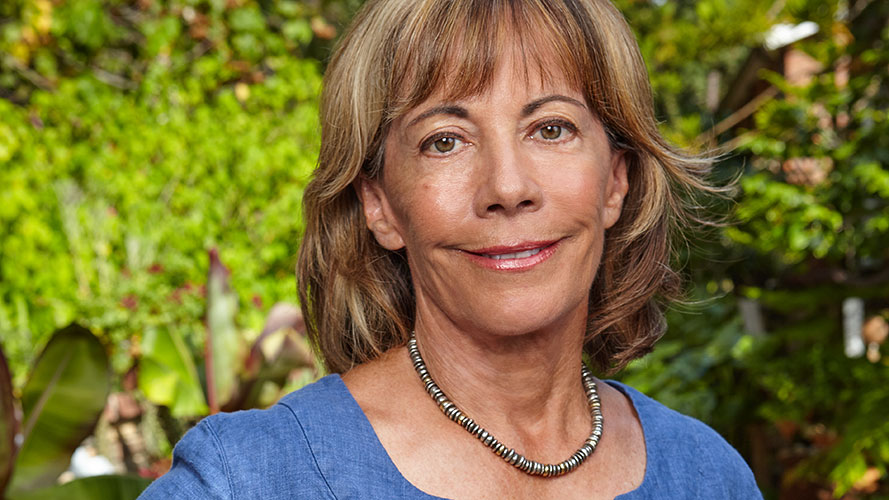 Andrew Carnegie passionately advocated doing “real and permanent good in the world.” Anne Earhart’s unwavering allegiance to that ideal began with investments to improve the lives and well-being of disadvantaged women; she later expanded her efforts and funds to focus on environmental issues. Her dedication to that cause reflects an understanding of the existential importance of protecting our natural resources, but it is also personal — she grew up loving the outdoors and wants to ensure that nature is preserved for future generations.

The ocean played an integral role in Ms. Earhart’s upbringing and, as with many Los Angeles families, sunny days were frequently spent at the beach with loved ones. The setting offered a picturesque backdrop for this joyful period in her life. Then, on a trip to Baja California, her boat encountered a group of gray whales at sea. The breathtaking display planted the seeds for Ms. Earhart’s life’s calling, and indelibly marked the beginning of her journey to environmental philanthropy.

When Ms. Earhart married a forester and moved to South America, she witnessed devastating environmental destruction in Paraguay and Brazil firsthand. In response, she learned as much as she could about environmental issues and began engaging with leaders in the field of conservation. Upon her return to the U.S., she committed to the cause in earnest by joining the board of the World Wildlife Fund, where she developed an intense appreciation for biodiversity.

Although her giving initially focused on supporting health and human services organizations in Southern California, her commitment to environmental causes gradually reshaped the Marisla Foundation into a conservationist powerhouse. Today, it provides substantial and consistent funding to more than 600 nonprofits with missions focused on addressing global environmental challenges. Grantees include Oceans 5, Plastic Solutions Fund, Partners for a New Economy, and the Health and Environmental Funders Network.

Reflecting Ms. Earhart’s lifelong love of the ocean, Marisla has emerged as a particularly effective leader in marine conservation, working strategically to mitigate habitat destruction, pollution, and overfishing. Because saving the world’s oceans is too monumental an undertaking for a single foundation, Marisla forged dynamic partnerships with several other foundations committed to that cause. Together, they created Oceana, the first major nonprofit committed to the restoration and protection of the world’s oceans. Thus far, Ms. Earhart’s philanthropy has helped preserve 4.5 million square miles (and counting) of ocean.

This extraordinary range of accomplishment places Anne Earhart prominently within the ranks of today’s great conservationists. Modestly, she credits her schooling at the hands of the Sisters of the Immaculate Heart for instilling the values and conscience that make her work possible, and her early encounter with that pod of gray whales for igniting her passion for protecting our planet.

The Selection Committee believes that Andrew Carnegie would have been inspired by the spirit, tenacity, and scope of Ms. Earhart’s philanthropic efforts to save the world’s food chain, oxygen, and way of life.

The Carnegie family of institutions is privileged to welcome Anne G. Earhart as a recipient of the Carnegie Medal of Philanthropy.