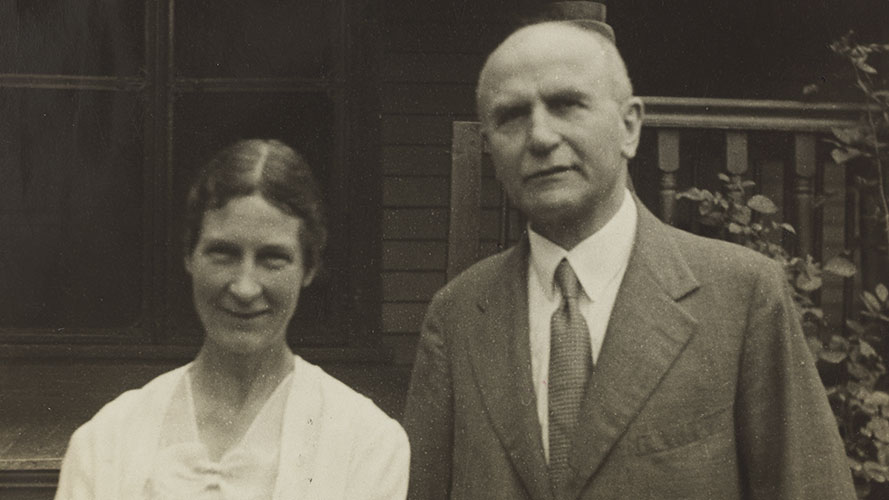 The Haas family’s tradition of philanthropy spans four generations. It began in 1909 when Otto Haas, a German entrepreneur, brought his chemical business to Philadelphia, where it grew into a global Fortune 500 company. He founded the family’s first philanthropic venture with his dynamic American wife, Phoebe, who, born on the North Dakota frontier, traveled to Vassar and Berkeley to earn undergraduate degrees in mathematics and astronomy, and was among the earliest American women to earn a PhD in astronomy. Otto and Phoebe Haas created the Phoebe Waterman Foundation in 1945 to help fatherless children and support medical and educational institutions. Andrew Carnegie, still alive when Otto Haas arrived in America, might have inspired the fellow immigrant with his advice: “A man’s first duty is to make a competence and be independent. But his whole duty does not end here. It is his duty to do something for his needy neighbours who are less favoured than himself.”

The family’s second generation, sons F. Otto and John, dedicated their personal time and wealth, along with the resources of the Foundation—which they renamed for seventeenth-century Quaker William Penn—and other family charitable funds, to improving the quality of life in the Philadelphia region. Their legacy includes the transformation of Independence Mall, which went from neglected area to international tourist destination. They also reinvigorated both the local and national Boys and Girls Club and United Way organizations, and supported opportunities for communities of color from Philadelphia to South Africa. Longtime supporters of the University of Pennsylvania, they renewed the Morris Arboretum and provided for the University Museum while giving generous grants to multiple departments of the University itself.

Today, the third and fourth generations of the family carry on the values and work of their forebears with personal contributions and commitments of time. The family-led William Penn Foundation plays a key role in improving the quality of life in Greater Philadelphia through support for arts and culture to organizations such as the Philadelphia Orchestra; the development of accessible and vibrant public spaces; and the protection of the Delaware River watershed. As part of its work increasing high-quality educational opportunities for economically disadvantaged students, the Foundation supports the creation of a stable, equitable, and adequate funding system providing needed resources for student success from preschool through 12th grade. And, in another Carnegie-like gesture, the Free Library of Philadelphia received the largest financial gift in its 120-year history from the William Penn Foundation to transform it into a vibrant, twenty-first-century institution. Clearly, the Haas family subscribes to Andrew Carnegie’s belief that, “to try to make the world in some way better than you found it, is to have a noble motive in life.”

The Haas Family Honored with Carnegie Medal of Philanthropy