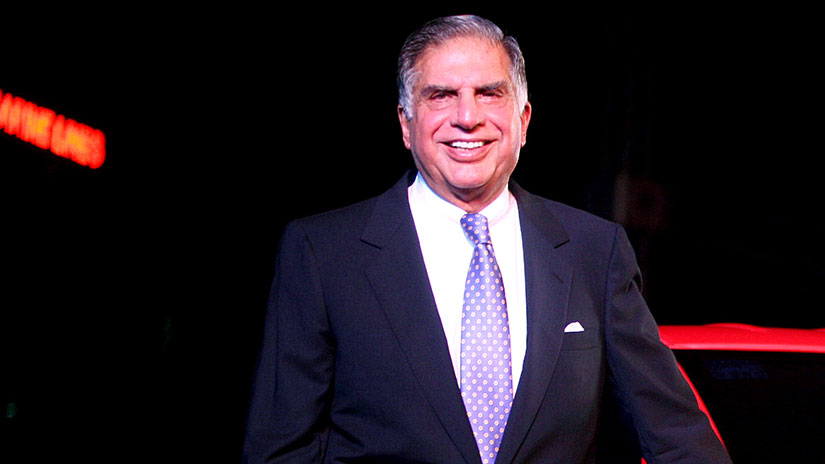 Apart from values and ethics which I have tried to live by, the legacy I would like to leave behind is a very simple one – that I have always stood up for what I consider to be the right thing, and I have tried to be as fair and equitable as I could be.

The founder of the Tata family’s fortunes was Jamsetji Tata who was an Indian pioneer industrialist. The family are Indian industrialists and philanthropists who founded iron and steel works, cotton mills and power plants that contributed to India’s industrial development.

The family gives away between 8 and 14 percent of the net profits from its controlling company each year to myriad causes: science, medicine, social services, health, civil society and governance, rural welfare, performing arts, education and the needs of children. Tata family funding has established pioneering institutions in social sciences, cancer research and treatment and tropical disease research. The family’s philosophy of “constructive philanthropy” has become embedded in its businesses, and has played a role in changing the traditional concept of charity throughout India. The family is considered one of the few philanthropic forces in the country with the potential to facilitate collaborative action on the problems that threaten individual, local and national development.

Ratan Tata will accept the Award on behalf of the family. He is a director on the boards of AlcoaInc., Mondelez International and Board of Governors of the EastWest Center. He is also a member of the Board of Trustees of University of Southern California, Harvard Business School Board of Dean’s Advisors, X Prize and Cornell University. Tata is a member of the Harvard Business School India Advisory Board and previously a member of the Harvard Business School Asia Pacific Advisory Board. He received the Padma Bhushan in 2000, one of the highest civilian honors awarded by the Government of India. Mr. Tata is a strong proponent of corporate social responsibility, striving to give his company’s philanthropic initiatives focus and to build awareness of important issues such as literacy, microfinance and water conservation among other grassroots community initiatives. 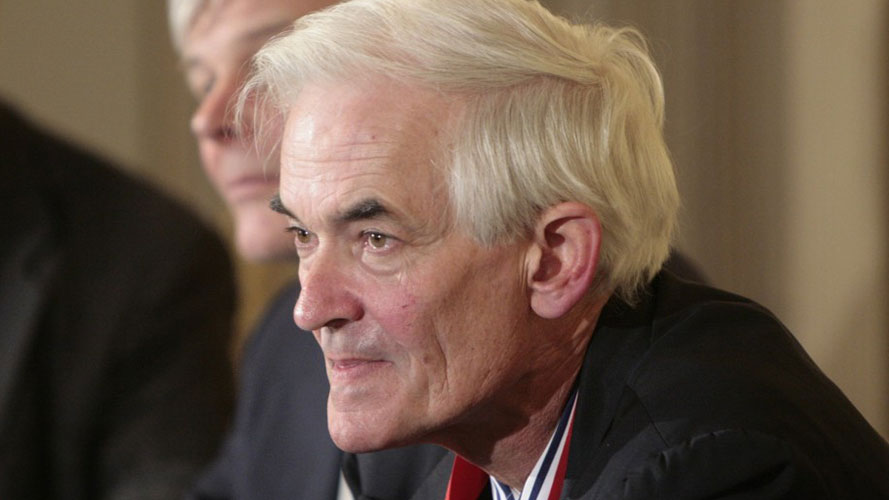 The Mellon family fortune originated with Mellon Bank, founded in 1869. The Family’s impact on philanthropic giving began with Andrew Mellon’s donation in the 1930s of his extensive art collection to provide the beginnings of the National Gallery of Art in Washington D.C. as well as the Smithsonian’s National Portrait Gallery. In 1969 Andrew’s children Paul and Ailsa established the Andrew W. Mellon Foundation, which supports museums and art conservation as well as higher education and scholarship, information technology research, performing arts, conservation and the environment.

In Pittsburgh, the family helped to create and continues to support Carnegie Mellon University, named in honor of the family, as well as for its founder, Andrew Carnegie, who was a close associate of the Mellons. The Pittsburgh-based Richard King Mellon Foundation has funded the Pittsburgh Life Sciences Greenhouse, the linchpin of the area’s biotechnology sector and supports schools, hospitals and a myriad of causes throughout Southwestern Pennsylvania.

Nationally, the Richard King Mellon Foundation has led the way in land preservation purchasing more than 2 million acres in fifty states, ensuring that this land will remain undeveloped and available for public enjoyment.

Other family philanthropists include William Larimer Mellon, who founded Carnegie Mellon’s business school; Sarah Scaife, a supporter of many Pittsburg institutions; and their many descendants. Different branches of the Mellon family who represent the breadth of the family’s giving will accept the award, including members of the Andrew Mellon family and the Richard King Mellon Family. 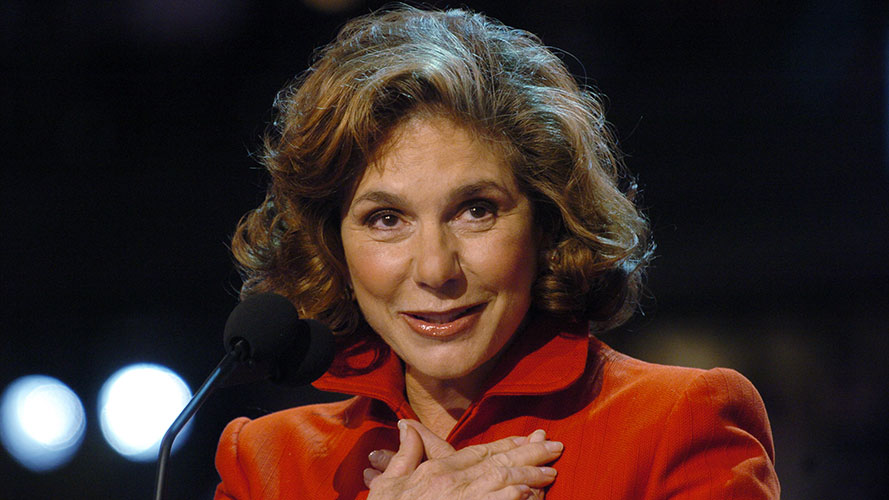 Henry J. Heinz was born in 1844 in the Birmingham section of Pittsburgh. He began his business by peddling prepared horseradish. After entering into a partnership and forming Heinz & Noble, they sold the product in clear bottles to prove that unlike some foods, it was totally unadulterated. Heinz bought out his partner and through his benevolent management style made the H.J. Heinz company a pioneer in labor relations. He worked tirelessly against a large segment of the processed food industry to gain passage of the Pure Food and Drug Act in 1906. It inaugurated the modern food industry and guaranteed purity to all consumers. Years of hard work and innovation made the man and his products internationally known and respected.

The Heinz family’s sustained philanthropic giving has supported the environment, education, economic opportunity and the arts as well as efforts to enhance the lives of women and children.

In 1995, the family made one of the largest grants ever to benefit the environment – 20 million to establish the Washington, D.C.-based H. John Heinz III Center for Science, Economics and the Environment. The Center brings together representatives of business, government, the scientific community and environmental groups to collaborate on the development of fair scientifically sound environment policies.

Teresa Heinz will accept the award on behalf of the family. She is chairman of the Heinz Family Philanthropies and the Heinz Endowments, two of the nation’s most innovative philanthropic institutions. She is the creator of the prestigious Heinz Awards, an annual program recognizing outstanding vision and achievement in the arts; public policy; the environment; the human condition; and technology, the economy, and employment. 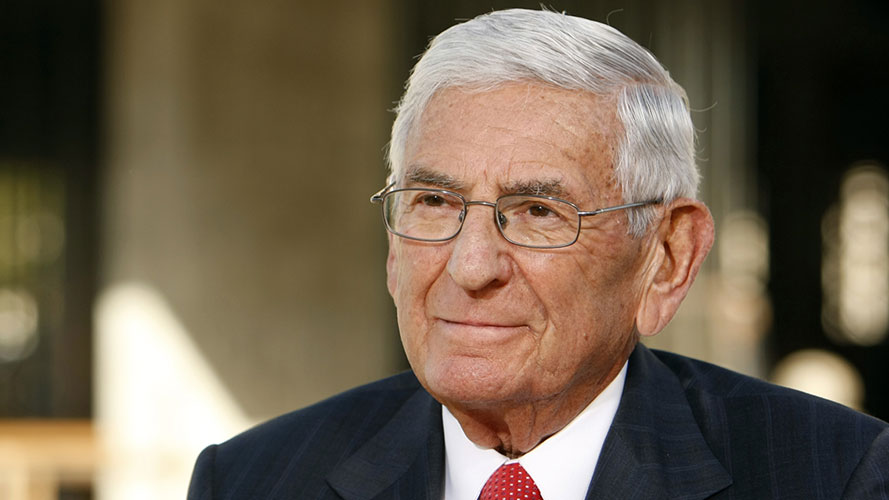 The Eli and Edythe Broad Foundation

Those who have been blessed with extraordinary wealth have an opportunity, some would say a responsibility—we consider it a privilege—to give back to their communities, be they local, national or global.

Eli Broad is a renowned business leader who built two Fortune 500 companies in different industries (KB Home and SunAmerica Inc.). As the child of immigrant parents, Eli Broad was instilled with the values of hard work, education and the dream that anything was possible. Eli and his wife, Edythe, are devoted to philanthropy as founders of The Broad Foundations. With assets of more than $2.25 billion, The Broad Foundations are focused on entrepreneurship for the public good in education, scientific and medical research, and the arts. In working to dramatically improve urban K-12 public education, the Eli and Edythe Broad Foundation’s major initiatives include the $1million Broad Prize for Urban Education, The Broad Superintendents Academy, The Broad Residency in Urban Education and the Broad Institute for School Boards. In advancing innovative scientific and medical research, The Eli and Edythe Broad Foundation focuses on the areas of inflammatory bowel disease, stem cell research and human genomics. In an unprecedented partnership with the Massachusetts Institute of Technology, Harvard University and the Whitehead Institute, the Broads gave $200 million to create the Eli and Edythe Broad Institute for biomedical research. In fostering public appreciation for contemporary art, The Broad Art Foundation is a lending library of more than 1,200 artworks that have been loaned to more than 400 museums and university galleries worldwide.

Eli Broad has held numerous leadership roles on boards around the country. He was the founding chairman and life trustee of the Museum of Contemporary Art in Los Angeles, and a life trustee of the Los Angeles County Museum of Art, the California Institute of Technology, and the Museum of Modern Art in New York. He is also a Fellow of the American Academy of Arts and Sciences and in 1994 was named Chevalier in the National Order of the Legion of Honor by the Republic of France. He is a Regent of the Smithsonian Institution by appointment of the U.S. Congress and the President.

In an interview with “60 Minutes” correspondent Morley Safer Broad said, “I believe in two things: One Andrew Carnegie said, “He who dies with wealth dies in shame,” and another someone said, “He who gives while he lives also know where it goes.”

How Eli Broad gives his billions away